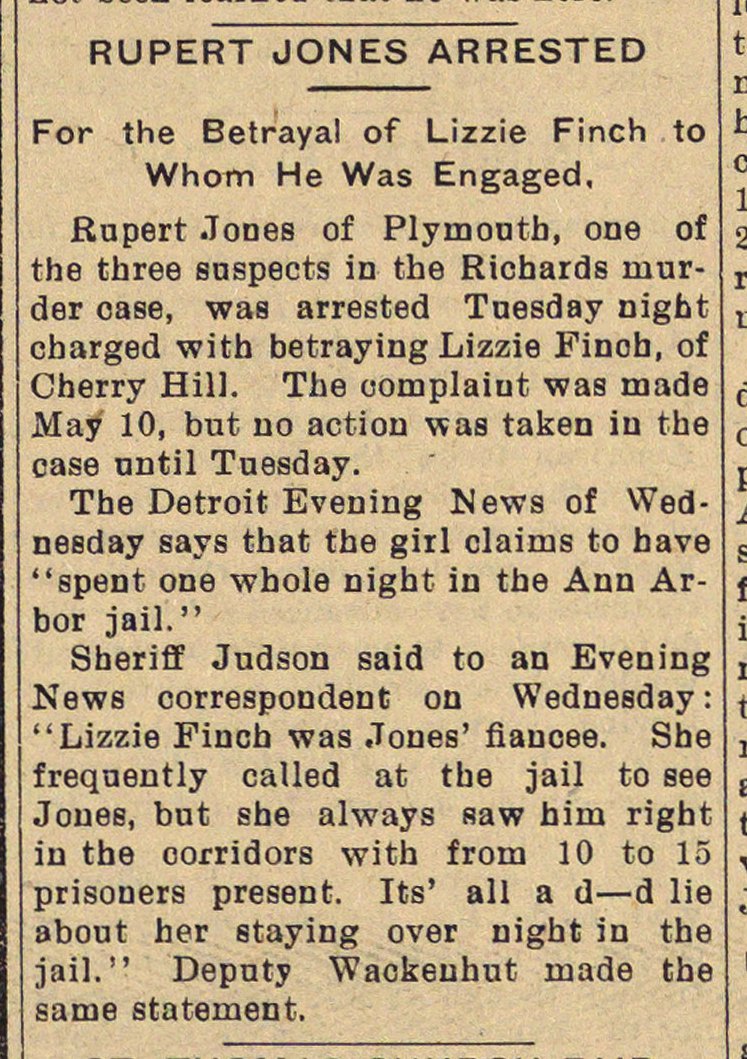 Rupert Jones of Plymouth, one of the three suspects in the Richards murder case, was arrested Tuesday night charged with betraying Lizzie Finch, of Cherry Hill. The complaint was made May 10, but no action was taken in the case until Tuesday. The Detroit Evening News of Wednesday says that the girl claims to have "spent one whole night in the Ann Arbor jail." Sheriff Judson said to an Evening News correspondent on Wednesday: "Lizzie Finch was Jones' fiancee. She frequently caüed at the jail to see Jones, but she always saw him right in the corridors with from 10 to 15 prisoners present. lts' all a d - d lie about her staying over night in the jail." Deputy Wackenhut made the same statement.