What Wrestlers Should Eat 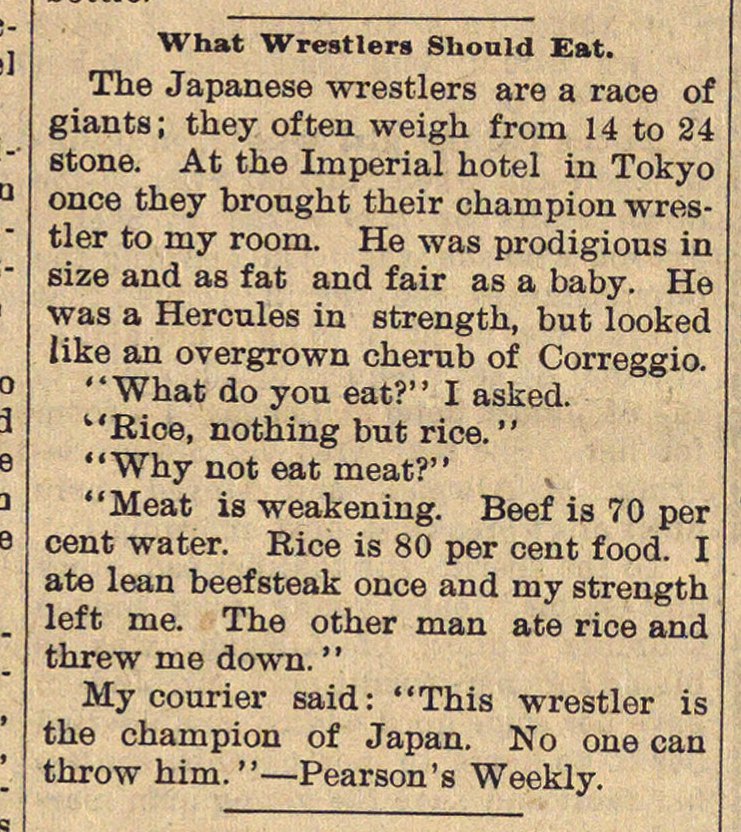 The Japanese wrestlers are a race of giants; they of ten weigh from 14 to 24 Btone. At the Imperial hotel in Tokyo once they brought their ckainpion wrestler to my room. He was prodigious in size and as fat and fair as a baby. He was a Hercules in strength, but looked like an overgrown cherub of Correggio. "What do you eat?" I asked. "Rice, nothing but rice. " "Why not eat meat?" "Meat is weakening. Beef is 70 per cent water. Rice is 80 per cent food. I ate lean beefsteak once and rny strength left me. The other man ate rice and threw me down. ' ' My courier said: "This wrestler is the champion of Japan. No one can throw him. "