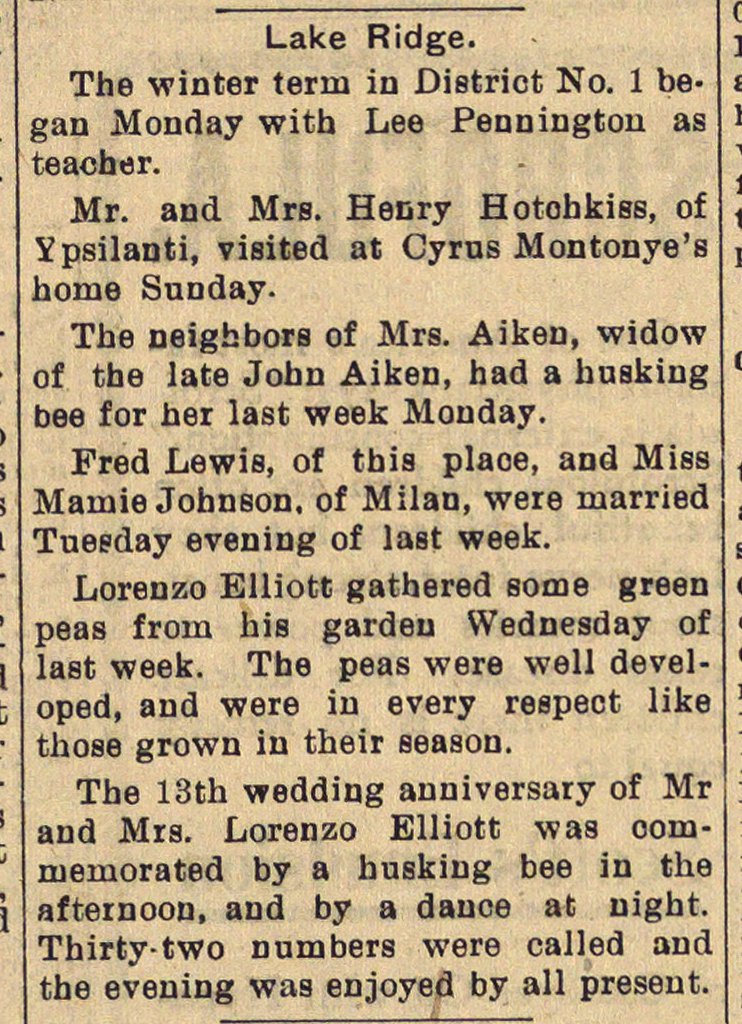 The winter terrn in District No. I began Monday with Lee Pennington as teacher. Mr. and Mrs. Henry Hotohkiss, of Ypsilanti, visited at Cyrus Montonye's ïome SuDday. The neighbors of Mrs. Alken, vvidow of the late John Aiken, had a husking bee for her last week Monday. Fred Lewis, of this plaoe, and Mis Manaie Johnson, of Milan, were ruarriec Tneeday evening of last week. Lorenzo Elliott gathered some green peas from his garden Wednesday of last week. The peas were well developed, aud were in every respect like those grown in their season. The 13th wedding anniversary of Mr and Mrs. Lorenzo Elliott was comruemorated by a husking bee in the afternoon, and by a dance at night. Thirty-two numbers were called and the evening was enioyed by all present.