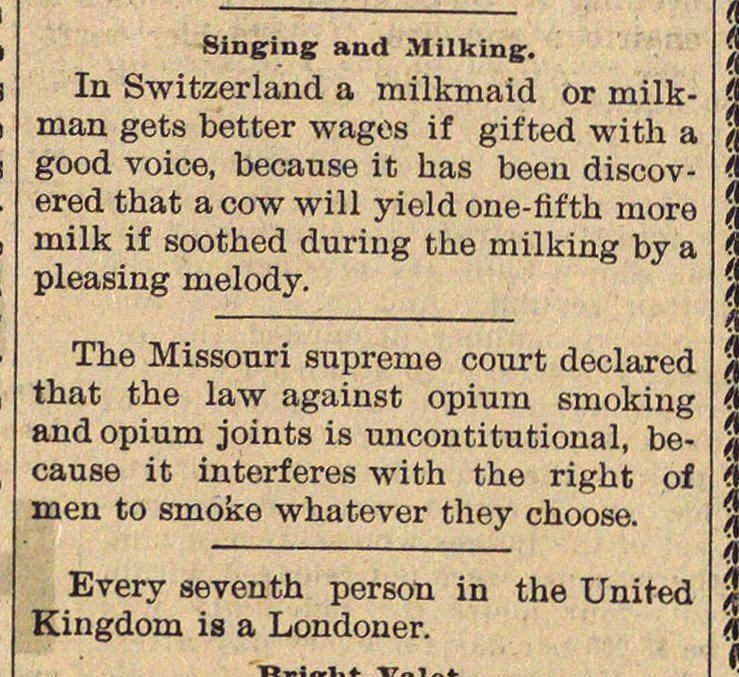 In Switzerland a milkmaid or milkman gets better wages if gifted with a good voice, because it has been discovered that a cow will yield one-fifth more milk if soothed during the milking by a pleasing nielody. The Missouri supreme court declared that the law against opium smoking and opium joints is uncontitutional, because it interferes with the right of men to smoke whatever they choose. Every seventh person in the United Kingdom is a Londoner.