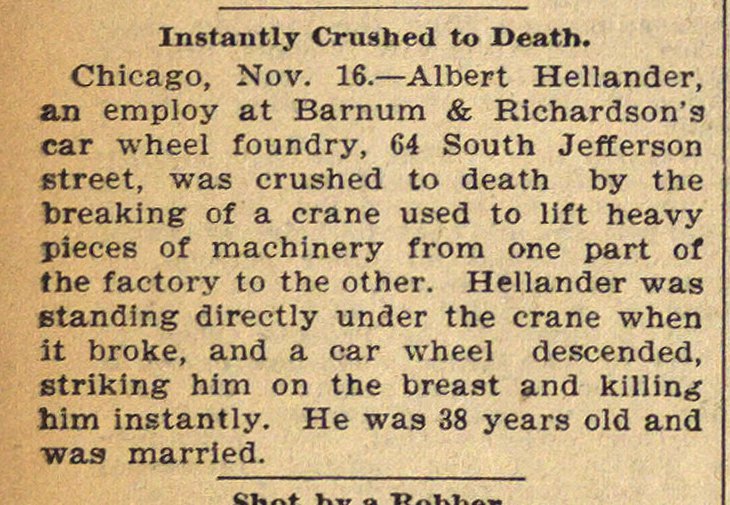 Chicago, Mov. Ib. - Albert Heliander, an employ at Barnum & Richardson's car wheel foundry, 64 South Jefferson Btreet, was crushed to death by the breaking of a crane used to lift heavy pieces of machinery from one part of the factory to the other. Hellander was standing directly under the crane when it broke, and a car wheel descended, striking him on the breast and killin him instantly. He was 38 years old and was married.