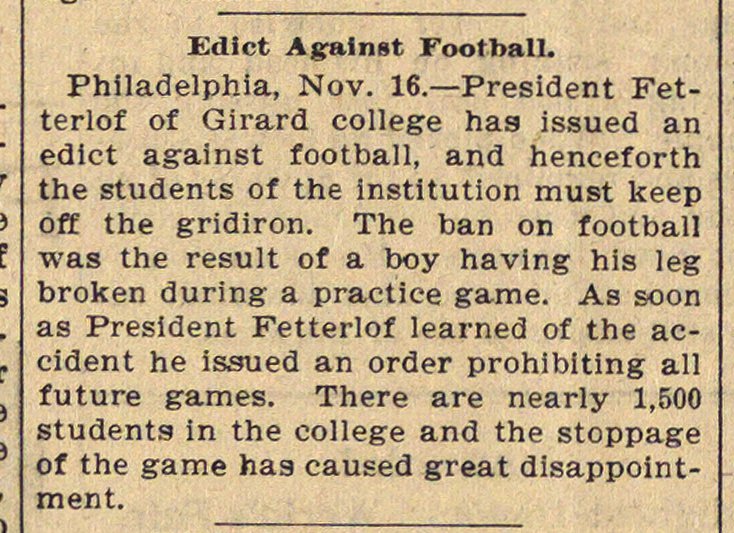 Philadelphia, Nov. 16. - President Fetterlof of Girard college haa issued an edict against football, and henceforth the students of the institution must keep off the gridiron. The ban on footbal] was the result of a boy having his leg broken during a practice game. As soon as President Fetterlof learned of the accident he issued an order prohibiting all future games. There are nearly 1,500 in the college and the stoppage of the game has caused great disappointment.