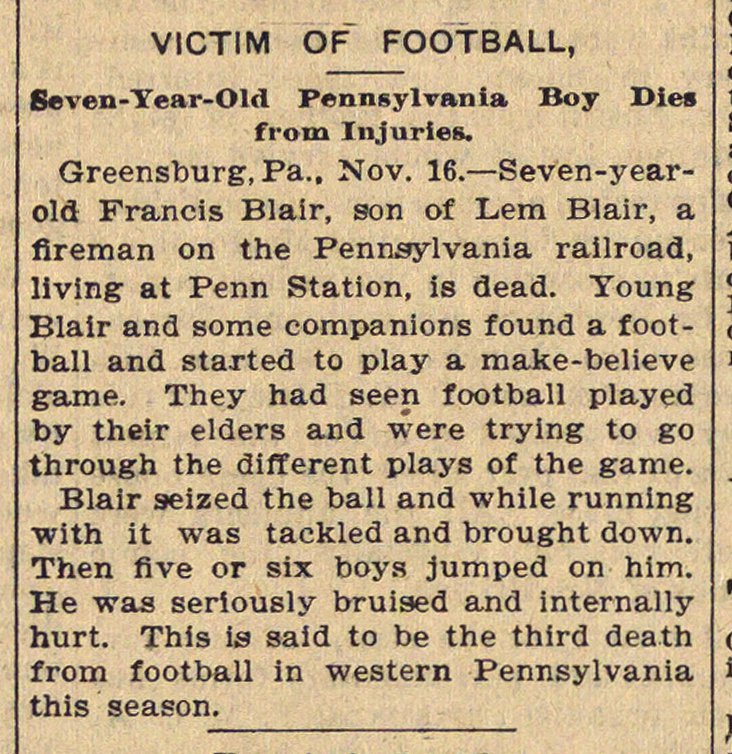 Greensburg, Pa.. Nov. 16.- Seven-yearold Francis Blair, son of Lem Blair, a fireman on the Pennsylvania railroad, living at Penn Station, is dead. Toung Blair and some companions found a football and started to play a make-believe game. They had seen football played by their elders and were trying to go through the different plays of the game. Blair seized the ball and while running with it was tackled and brought down. Then five or six boys jumped on him. He was seriously bruised and internally hurt. This is sald to be the third death from football in western Pennsylvania this season.