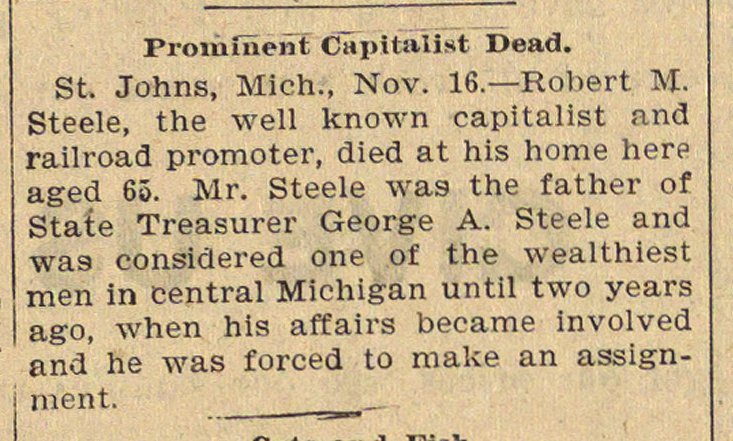 St. Johns, Mich., Nov. 16.- Roliert M. Steele, the well known capitalist and railroad promoter, died at his home here aged 65. Mr. Steele was the father of State Treasurer George A. Steele and was considered one of the wealthiest men in central Michigan until two years ago, when his affairs became involved and' he was forced to make an assignment. _____-.-