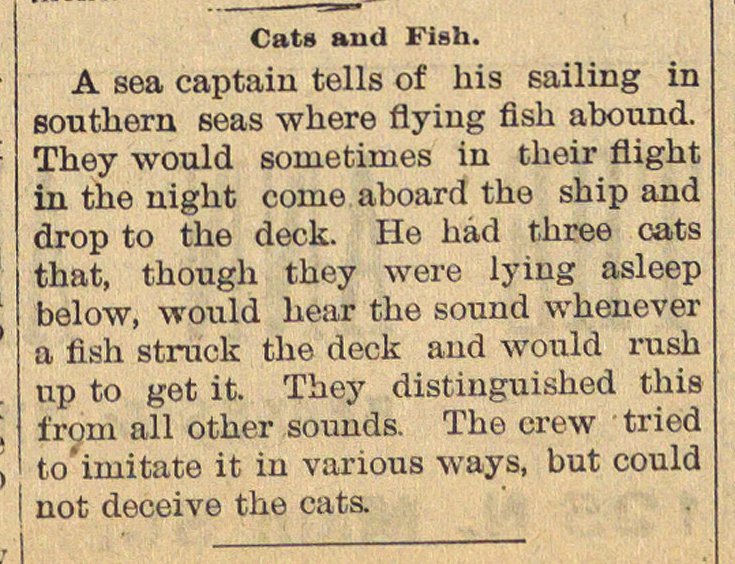 A sea captain tells of his sailing in southern seas where flyiug fish abound. They would soinethnes iu their flight in the night coiné aboard the ship and drop to the deck. He hád three cats that, though they were lying asleep below, would hear the sound whenever a fish struck the deck and would rush np to get it. They distinguished this trom all other sounds. The crew tried to'iniitate it in various ways, but could not deceive the cats.