The Most Costly Fruits 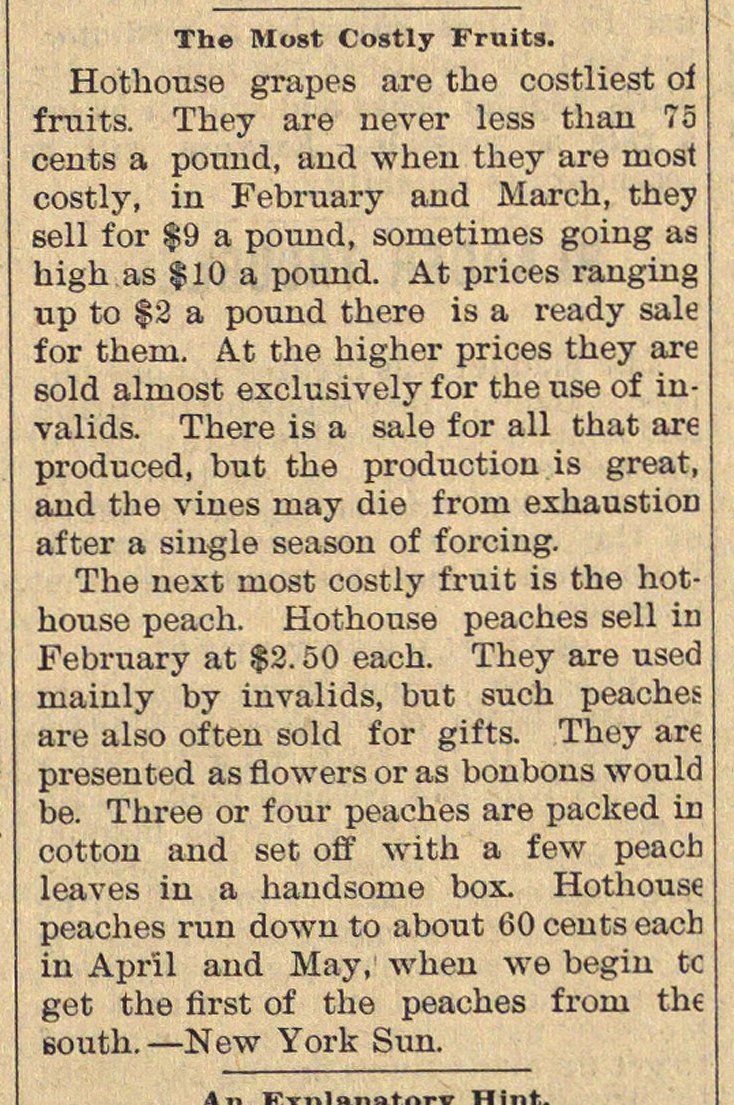 Hothonse grapes are the costliest oi fniits. They are never less tlian 75 cents a pound, and wheu they are most costly, in February and March, they sell for $9 a pound, sonietirnes going as high as 1 10 a pound. At prices ranging up to $2 a pound there is a ready sale for theni. At the higher prices they are sold alinost exolusively for the use of invalids. There is a sale for all that are produced, but the productiou is great, and the vines may die from exhaustion after a single season of forcing. The next most costly fruit is the hothouse peach. Hothouse peaches sell in February at $2. 50 each. They are used mainly by invalids, but such peache are also often sold for gifts. They ar presen ted as flowers or as bonbons woulc be. Three or four peaches are packed in cottou and set off with a few peac leaves in a haudsome box. Hothous peaches run down to about 60 cents eac in April and May, when we begin t eet the first of the peaches from th gouth. -