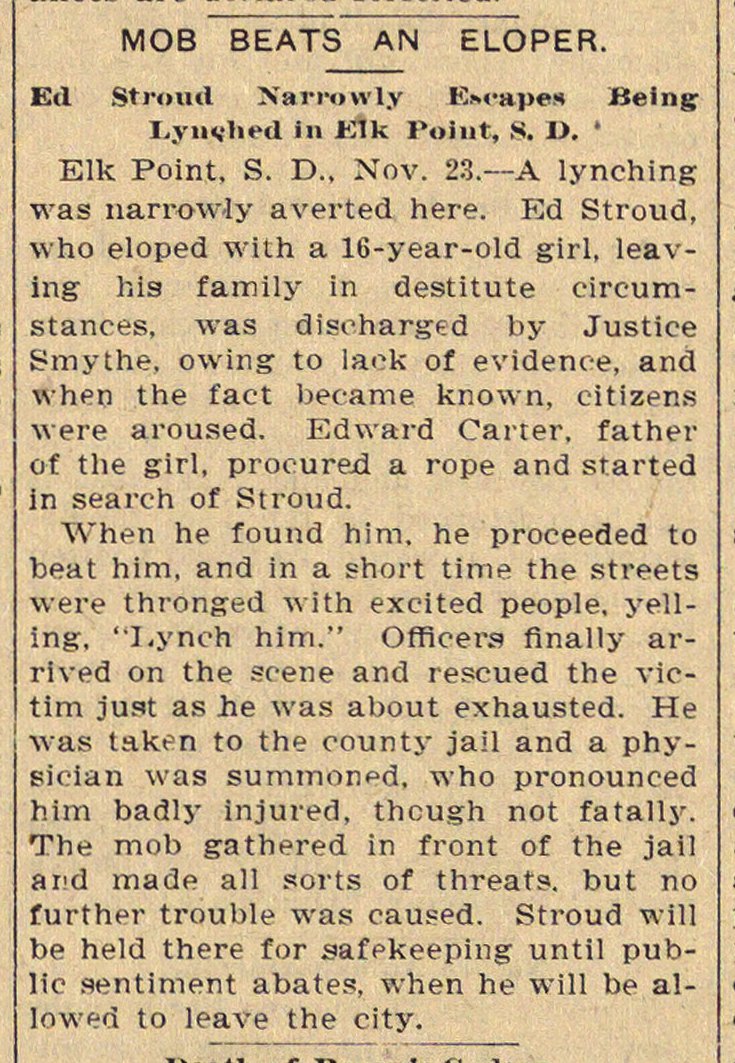 Elk Point. S. D.. Nov. 23.- A lynching was narrowly averted here. Kd Stroud, who eloped with a 16-year-old girl, leaving hls family in destitute eircumstances, was discharged by Justice Smythe, owing to laok of evidence, and when the fact became known, citizens were aroused. Edward Carter, father of the girl, procured a rope and started in search of Stroud. Whrii he found him. he proceeded to beat him, and in a short time the streets were thronged with excited people. yelling, "Lynch him." Officers finally arrived on the scène and rescued the victim just as ie was about exhausted. He was taken to the county jail and a physician was summoned, who pronounced him badly injured, thcugh not fatally. The mob gathered in front of the jail and made all sorts of threats, but no further trouble was caused. Stroud will be held there for safekeeping until public sentiment abates, when he will be alloweti to leave the city.