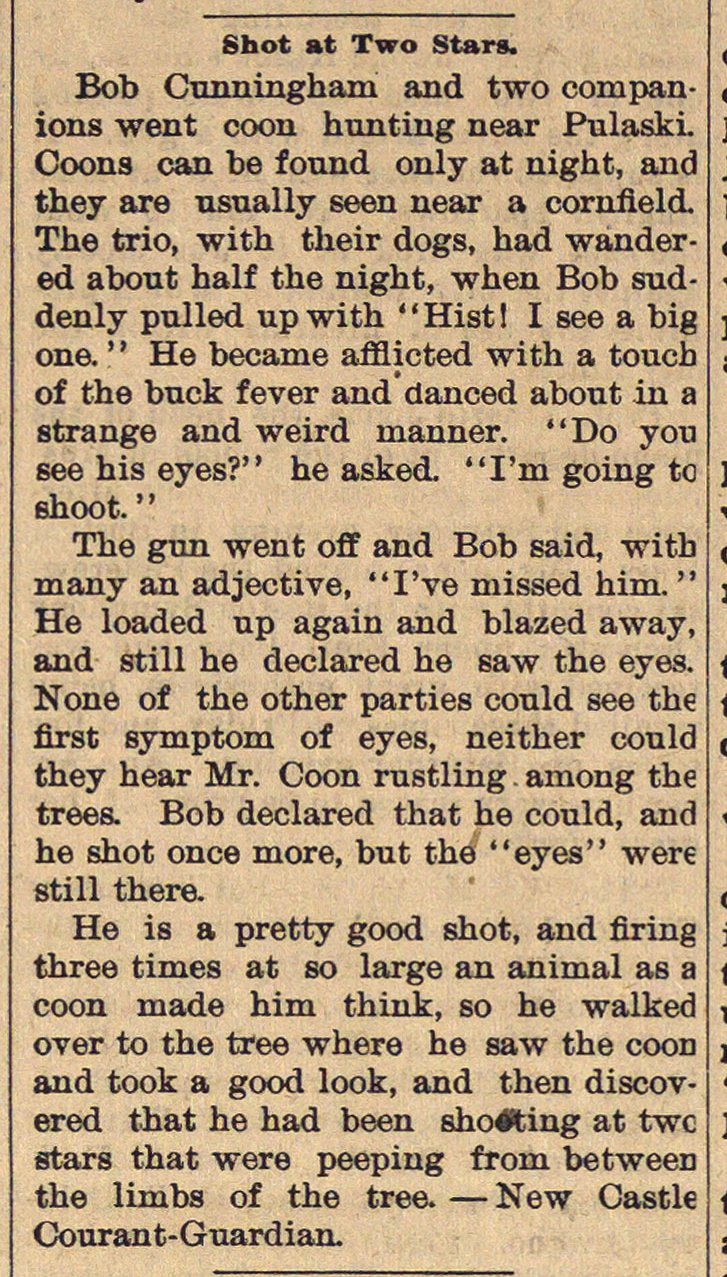 Bob Cunningham and two companions went coon hnnting near Pulaski. Coons can be found only at night, and they are usually seen near a cornfield. The trio, with their dogs, had wandered about half the night, when Bob suddenly pulled upwith "Hist! I see a big one. ' ' He became afflicted with a touch of the buck fever and danced about in a strange and weird nianner. "Do you see his eyes?" he asked. "I'm going to ehoot." The gun went off and Bob said, with many an adjective, "I've missed him. " He loaded up again and blazed away, and still he declared he saw the eyes. None of the other parties could see the first symptom of eyes, neither could they hear Mr. Coon rustling among the trees. Bob declared that he could, and he shot once more, but the "eyes" were still there. He is a pretty good shot, and firing three times at so large an animal as a coon made him think, so he walked over to the tree where he saw the coon and took a good look, and then discovered that he had been shoéting at twc stars that were peeping from between