It Brings Ravishing; Dreams Of Bliss 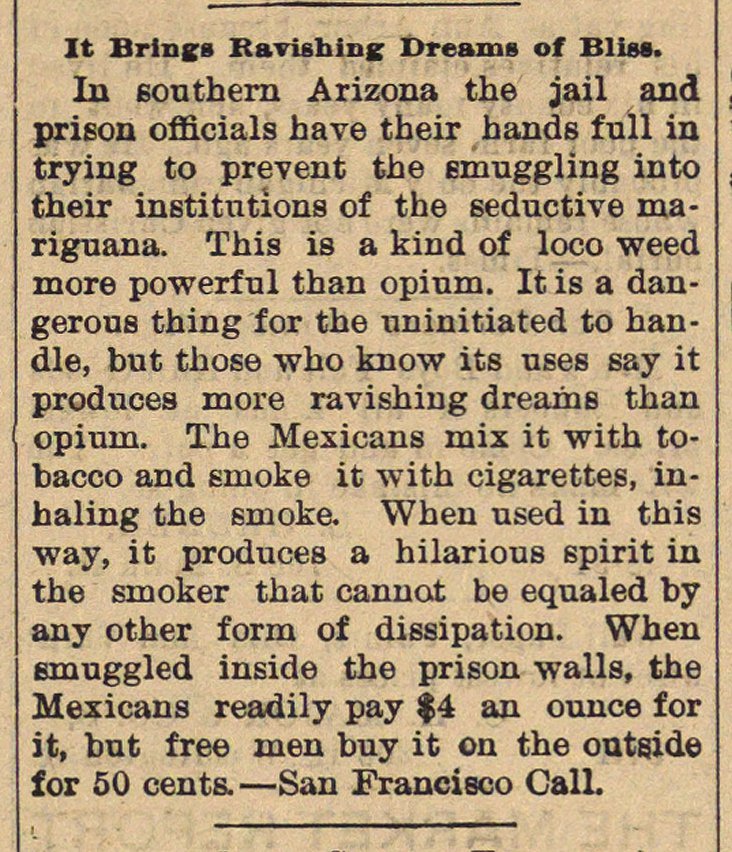 In Southern Arizona the jail and prison officials have their hands full ia trying to prevent the emuggling into their institntions of the seductive mariguana. This is a kind of loco weed more powerftil than opium. It is a dangerous thing for the uninitiated to handle, but those who know its uses say it produces more ravishing dreams than opium. The Mexicana mix it with tobacco and smoke it with cigarettes, inhaling the smoke. When used in this way, it produces a hilarious spirit in the smoker that cannat be equaled by any other form of dissipation. When smuggled inside the prison walls, the Mexicana readily pay $4 an ounce for it, but free men buy it on the outside for 50 cents.