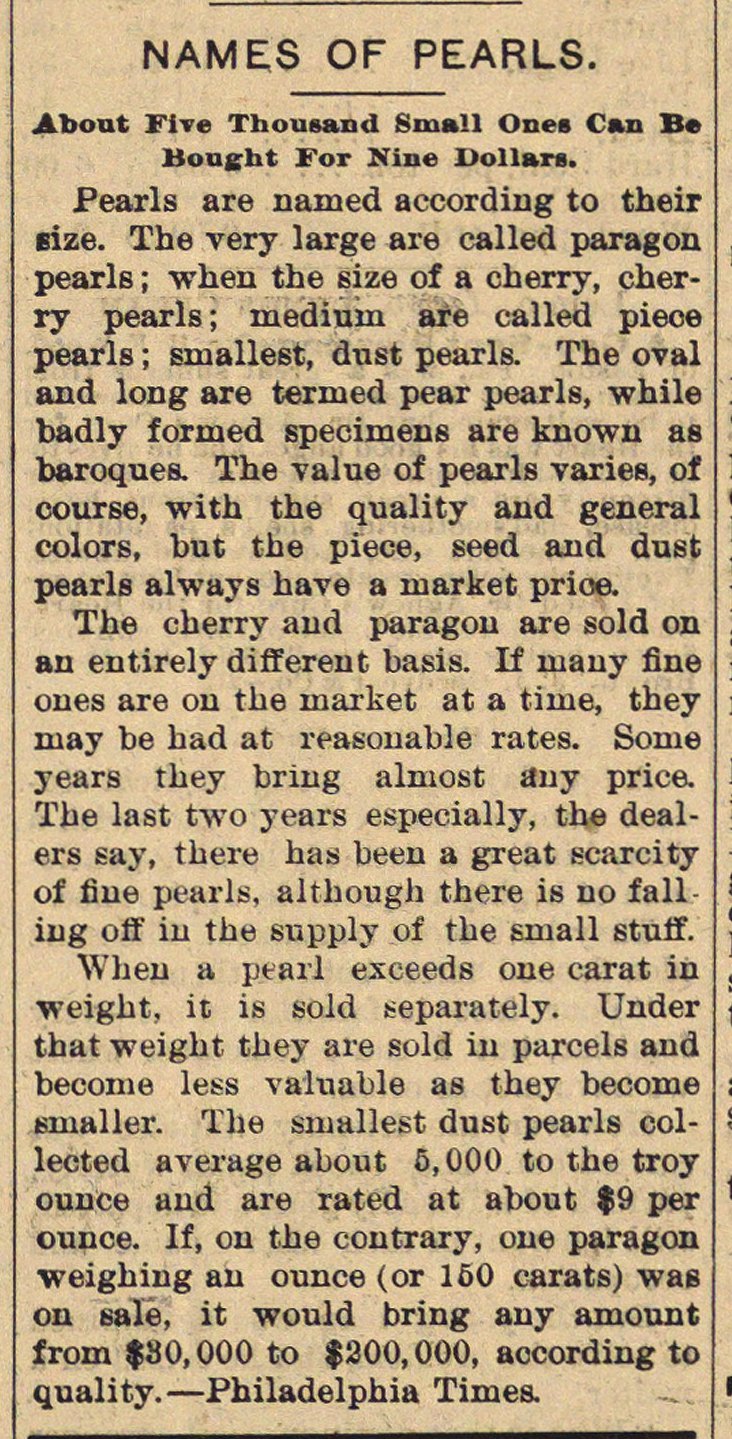 Pearls are named according to their eize. The very large are called paragon pearls ; when the size of a cherry, cherry pearls; medium are called pieoe pearls ; sinallest, dnst pearls. ïhe oval and long are termed pear pearls, white badly forrned specimens are known as baroques. ïhe value of pearls varies, of course, with the quality and general colors, but the piece, seed and dust pearls always have a market prioe. The cherry and paragou are sold on an entirely different basis. If niauy fine ones are on the market at a time, they may be had at reasonable rates. Sonie years they bring almost any prica The last two years especially, the dealers say, there has been a great scarcity of fine pearls. although there is no fall ing off in the supply of the small stuff. Wheii a ptarl exceeds one carat in weight, it is sold separately. Under that víeight they are sold in pareéis and become less vahiable as they become smaller. The smallest dust pearls collected average about 5,000 to the troy ounce and are rated at about $9 per ounce. If, on the contrary, one paragon weighing au ounce (or 150 carats) was on salé, it would bring auy amount f rom $80,000 to $200,000, aocording to quíility.