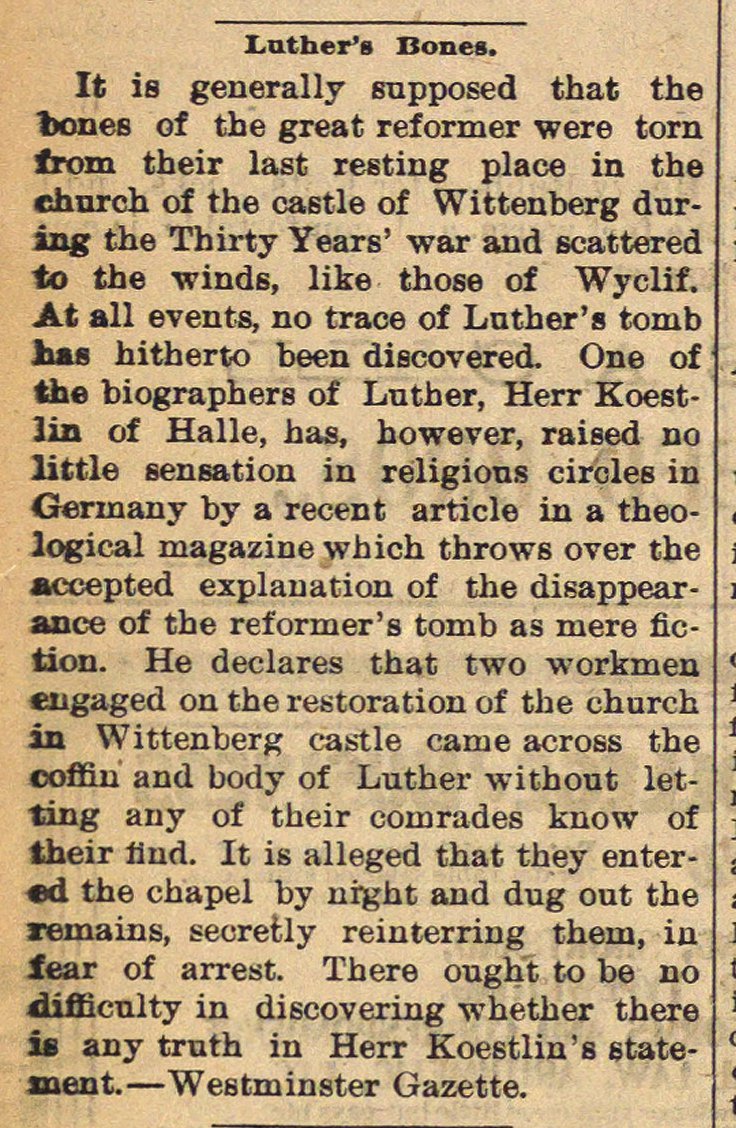 It is generally snpposed that the bones of the great reformer were torn from their last resting place in the ehnrch of the castle of Wittenberg duriag the Thirty Years' war and scattered to the -winds, like those of Wyclif. At all events, no trace of Luther's tonib lias hitherto been discovered. One of the biographers of Luther, Herr Koestlin of Halle, has, however, raised no little sensation in religions circles in Gerinany by a recent article in a theological magazine which throws over the ccepted explanación of the disappearance of the reformer's tomb as mere fiction. He declares that two workmen engaged on the restoration of the church in Wittenberg castle canje across the coffiu and body of Luther without letting any of their conirades know of their lind. It is alleged that they enterd the chapel by night and dug out the remains, secreily reinterring them, iu lear of arrest. ïhere ought to be no difficulty in discovering whether there is any truth in Herr Koestlin's