He Was "mugged" In Chicago 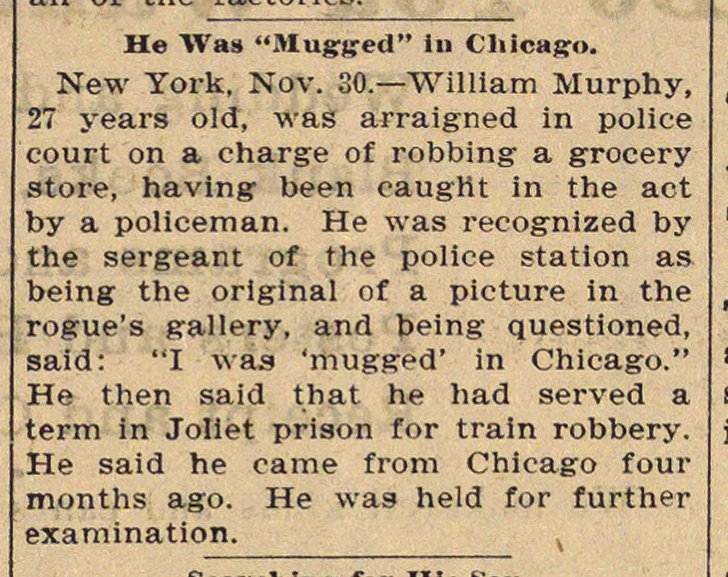 New York, Nov. SO. - William Murphy, 27 years old, was arraigned in pólice court on a charge of robbing a grocery store, having been caugHt in the act by a policeman. He was recognized by the sergeant of the pólice station as being the original of a picture in the rogue's gallery, and being questioned, said: "I was 'mugged' in Chicago." He then said that he had served a term in Joliet prison for train robbery. He said he carne from Chicago four months ago. He was held for further examination. ,