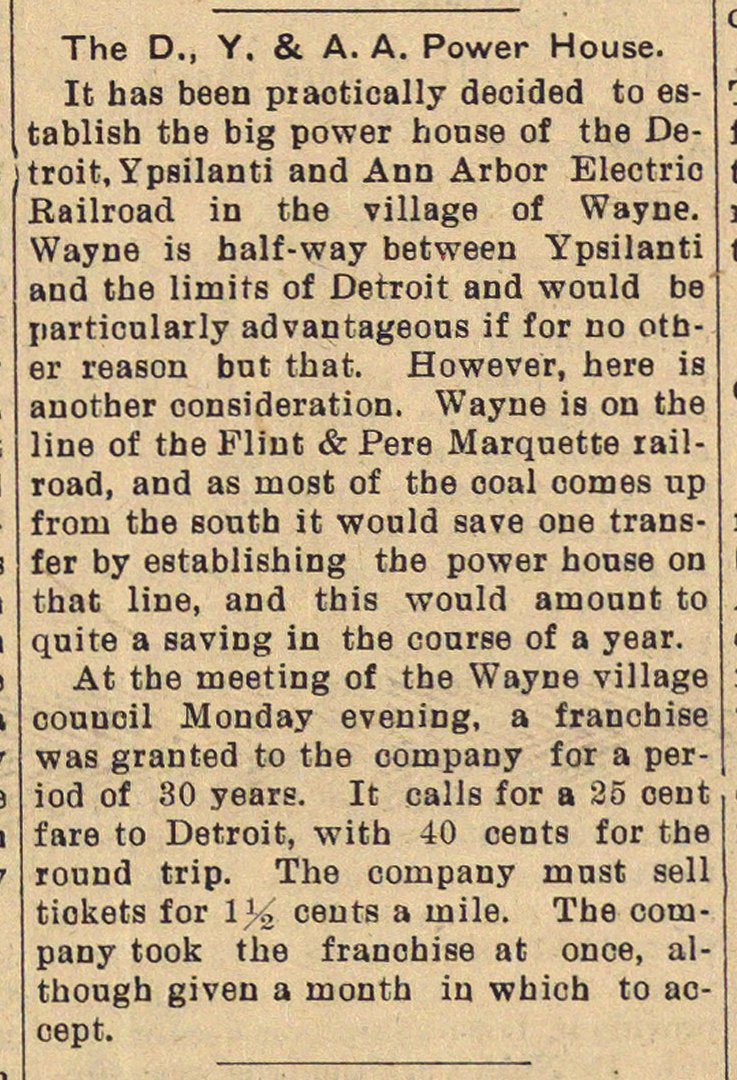 It has been piaotieally decided to establish the big power house of the Detroit, Ypsilanti and Ann Arbor Electrio tailroad in the village of Wayne. Wayne is balf-way between Ypsilant and the limits of Detroit and would be mrticularly advantageous if for no oth er reason but that. However, here is auother oonsideration. Wayne is on the ine of the Flint & Pere Marquette rail road, and as most of tbe ooal comes up 'rom the south it would save one trans fer by establishing the power house on hat line, and this would amount to quite a saving in tbe course of a year. At the meeting of the Wayne villag couuoil Monday evening, a franchis was granted to the cornpany for a per iod of 30 years. It calis for a 25 cent fare to Detroit, with 40 oents for the round trip. The company mnst sell tickets for I1., ceuts a mile. The company took the franchise at onoe, although given a month in which to accept.