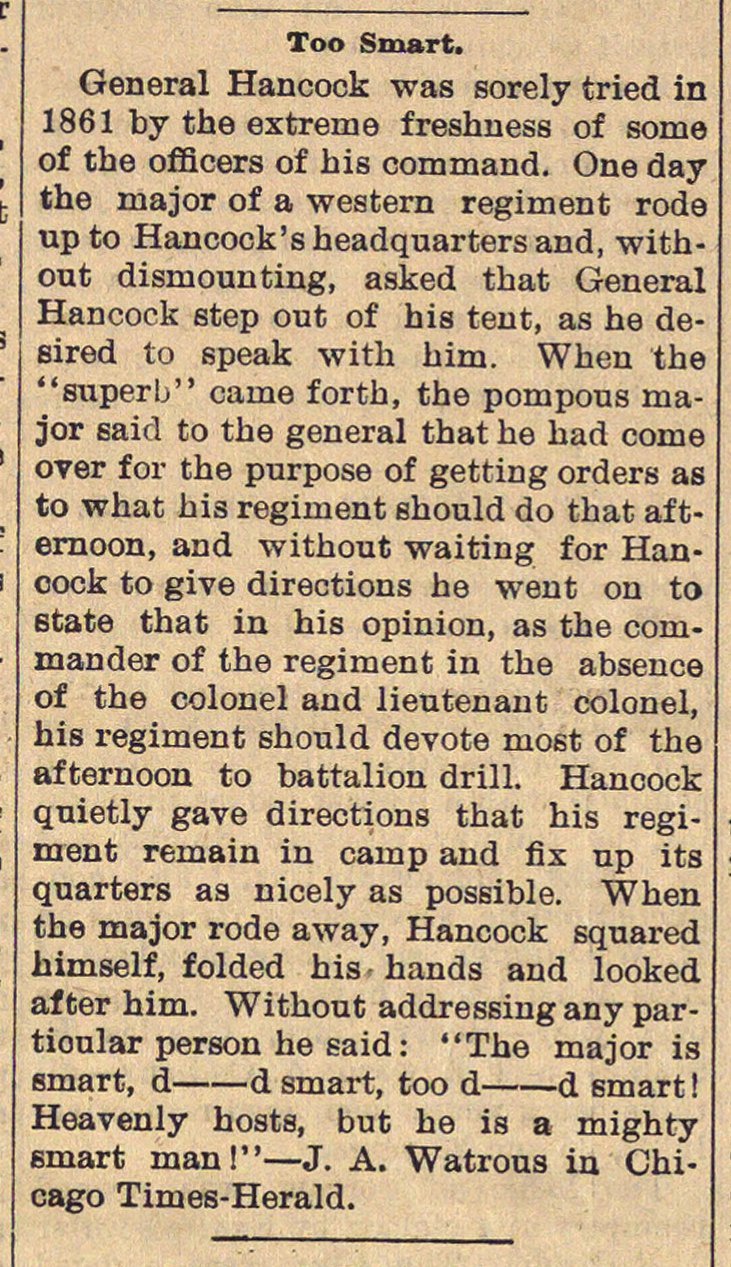 General Hancock was sorely tried in 1861 by the extreme freshness of some of the officers of his command. One day the major of a western regiment rode up to Hancock'sheadquartersand, without disrnounting, asked that General Hancock step out of his tent, as he desired to speak with him. When the "superb" came forth, the pompons major said to the general that he had come over for the purpose of getting orders as to what his regiment should do that af temoon, and without waiting for Hancock to give directions he went on to etate that in his opinión, as the cornmander of the regiment in the absence of the colonel and lieutenaut colonel, his regiment should devote most of the afternoon to battalion drill. Hancock quietly gave directions that his regiment remain in camp and fix up its quarters as nicely as possible. When the major rode away, Hancock squared himself, folded his hands and looked af ter him. Without addressing any partioular person he said : "The major is smart, d d smart, too d d smart ! Heavenly hosts, but he is a mighty