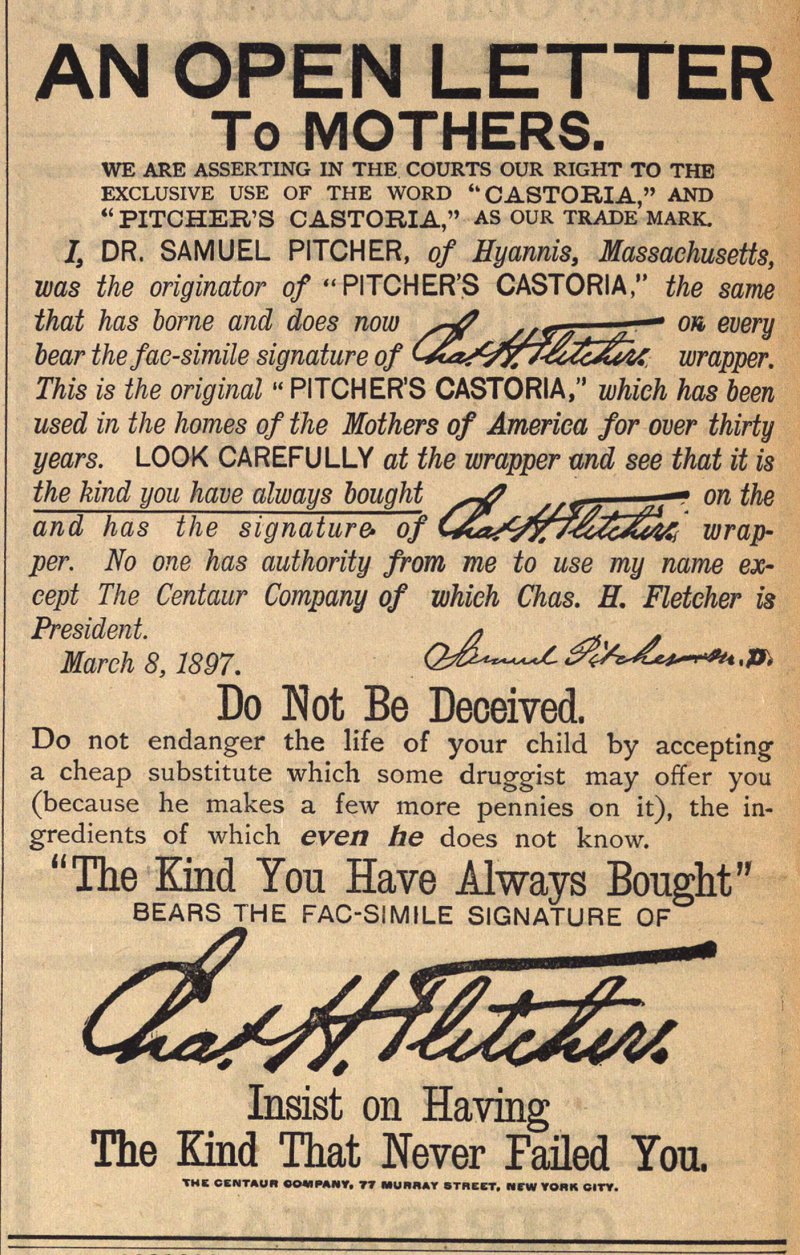 To MOTHERS. WE ARE ASSERTING IN THE COURTS OUR RIGHT TO THE EXCLUSIVE USE OF THE WORD "CASTORIA," AND " PITCHER'S CASTORIA," AS OUR TRADE MARK. 1, DR. SAMUEL PITCHER, of Hyannis, Massachusetts, was the originator of "PITCHER'S CASTORIA," the same that has borne and does now rf? sv Ott every bear the fae-simile signature of (jZa&x JéucÁC, wrapper. This is the original " PITCHER'S CASTORIA," which has been used in the homes of the Mothers of America for over thirty years. LOOK CAREFULLY at the wrapper and see that it is the kind you have always bought -9 - on the and has the of C&z&yfTGUcJCcKi wrapper. No one has authority from me to use my name except The Centaur Company of which Chas. H. Fleteher is President . March 8, 1897. Q?O &&tz . Do Kot Be Deceived. Do not endanger the life of your child by accepting a cheap substitute which some druggist may offer you (because he makes a few more pennies on it), the ingredients of which even he does not know. "The Kind You Have Always Bought" BEARS THE FAC-SIMILE SIGNATURE OF Insist on Having The Eind That Never Faüed You. TMÏ CENTAUR OOMPAIMY. TT HUM STREET. HCWTOHK CITY.