Voorhees Will Me Acting Governor 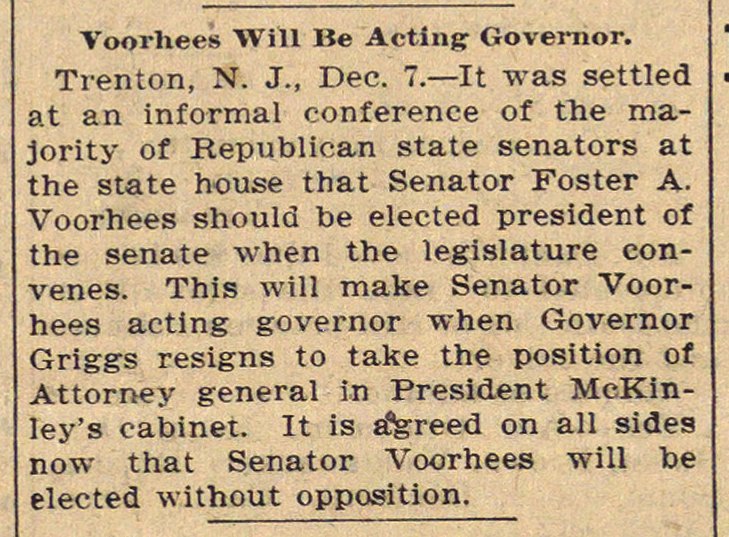 Ti'enton, N. J., Dec. 7. - It was settled at an informal conference of the majority of Repnblican state senators at the state house that Senator Foster A. Voorhees should be elected president of the senate vhen the legislature convenes. This will make Senator Voorhees acting governor when Governor Griggs resigns to take the position of Attorney general in President MeKinley's cabinet. It is afreed on all sides now that Senator Voorhees will be elected without opposition.