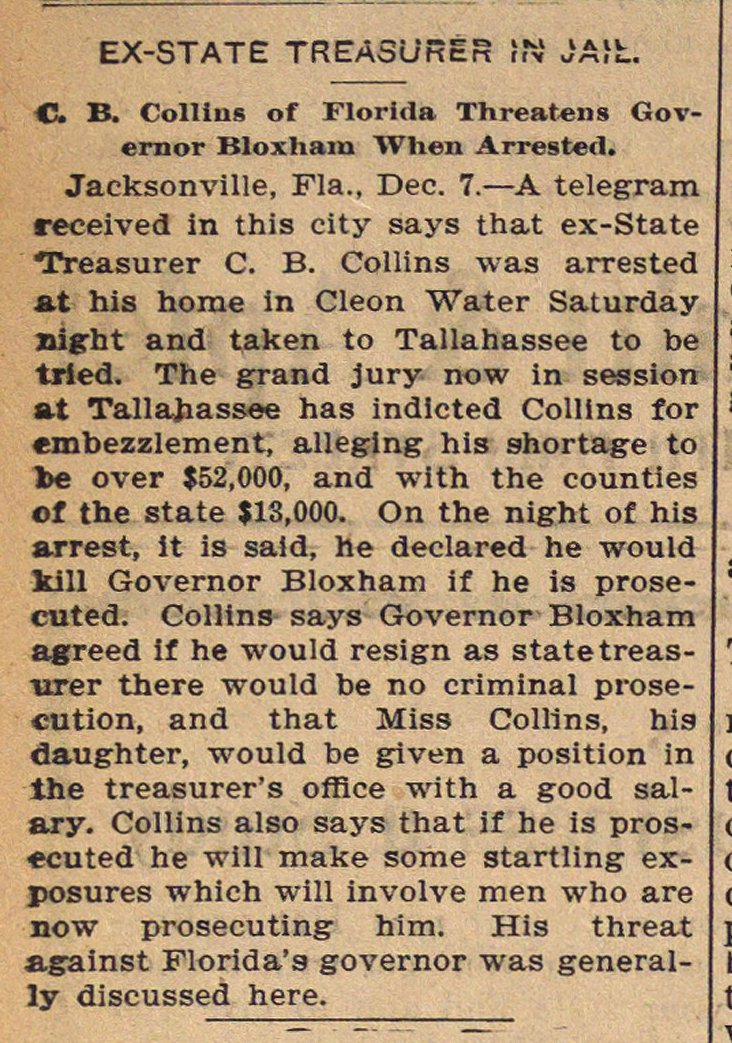 Jacksonville, Fia., Dec. 7. - A telegram received in this city says that ex-State Treasurer C. B. Collins was arrested at his home in Cleon Water Saturday nijrht and taken to Tallahassee to be trled. The grand jury now in session at Tallahassee has indicted Collins for embezzlement, alleging his shortage to ke over $52,000, and with the counties of the state $13,000. On the night of his arrest, lt is said, he declared he would klll Governor Bloxham if he is prosecuted. Collins says Governor Bloxham agreed if he would resign as state treasurer there would be no criminal prosecution, and that Miss Collins, his daughter, would be given a position in ihe treasurer's office with a good salary. Collins also says that if he is proscuted he will make some startling exposures which will involve men who are now prosecuting him. His threat against Florida's governor was generally discussed here.