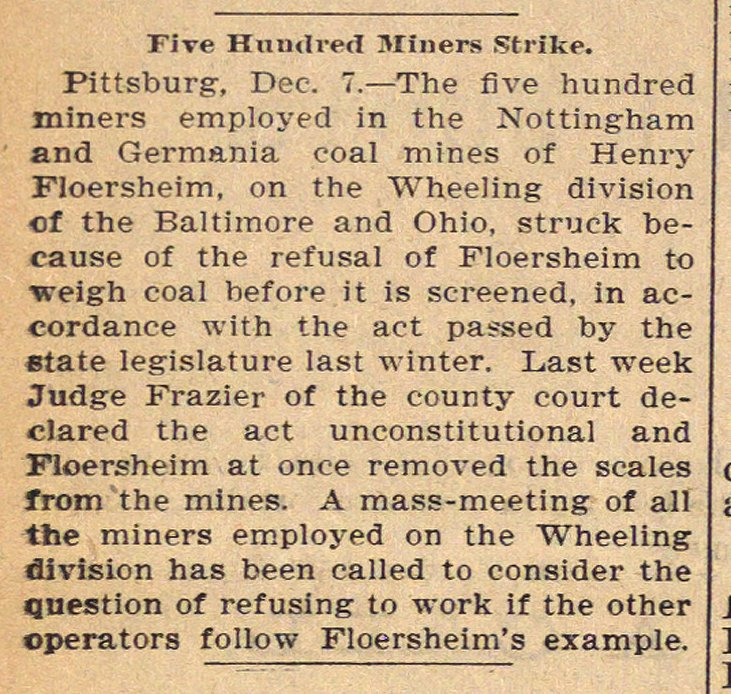 Pittsburg-, Dec. 7. - The five hundred miners employee! in the Nottingham and Germania coal mines of Henry Floersheim, on the Wheeling división of the Baltimore and Ohio, struck because of the refusal of Floersheim to weigh coal before it is screened, in accordance with the act pa?sed by the etate legislature last winter. Last week Judge Frazier of the county court declared the act unconstitutional and Kloersheim at once removed the scales from the mines. A mass-meeting of all the miners employed on the Wheeling división has been called to consider the qnestion of refusing to work if the other ojjerators follow Floersheim's example.