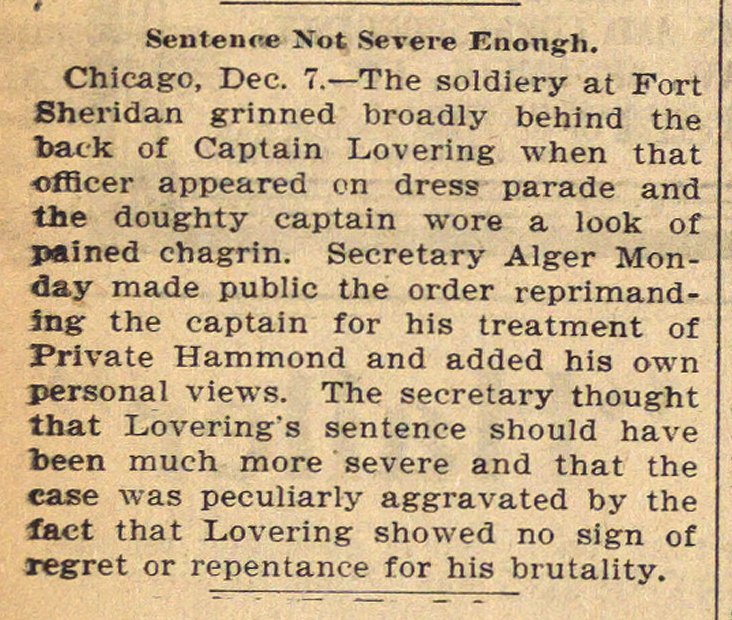 Chicago, Dec. 7.- The soldiery at Fort Sheridan grinned broadly behind the back of Captain Lovering when that ofiicer appeared on dress parade and the doughty captain wore a look of pained chagrín. Secretary Alger Monday made public the order reprimandSngr the captain for his treatment of Private Hammond and added his own personal views. The secretary thought that Lovering's sentence should have been much more severe and that the case was peculiarly aggravated by the laet that Loveiing showed no sign of regret or repentance for his brutality.