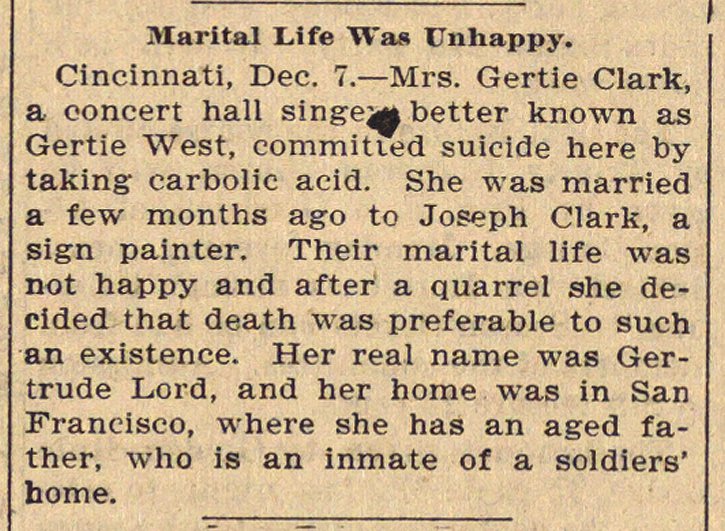 Cincinnati, Dec. 7. - Mrs. Gertie Clark a concert hall singej better known as Gertie West, commitied suicide here by taking carbolic acid. She was married a few months ago to Joseph Clark, a sign painter. Their marital life was not happy and after a quarrel she decided that death was preferable to such an existence. Her real name was Gertrude Lord, and her home was in San Francisco, where she has an aged father, who is an inmate of a soldiers' home.