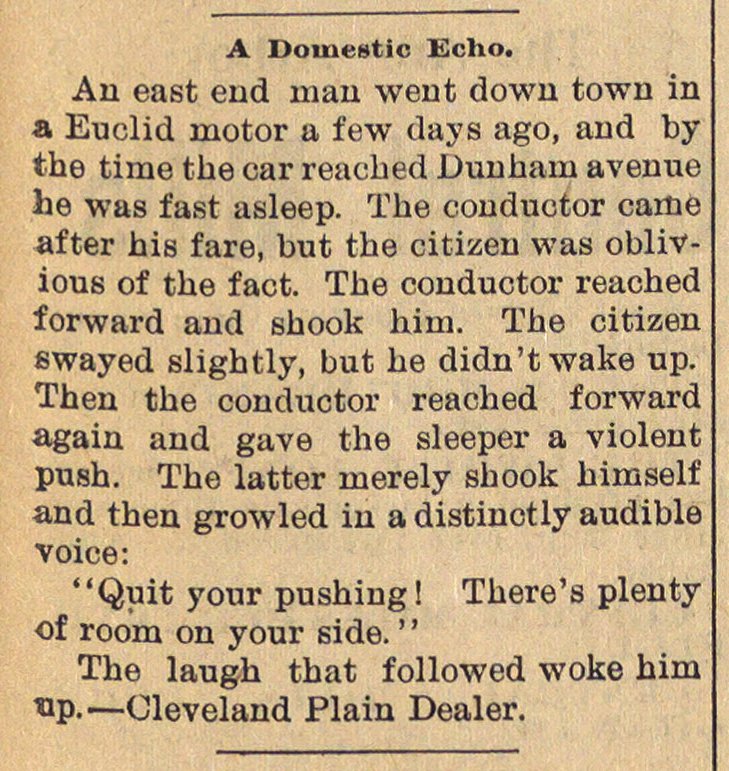 &n east ena man went aowu towu in a Euclid motor a few days ago, and by the timo the car reached Duuham avenue he was fast asleep. ïhe conductor carne after nis fare, but the citizeu was oblivious of the fact. The conductor reached forward and shook hiui. The citizen fiwayed slightly, but he didn'twake up. Then the conductor reached forward again and gave the sleeper a violent push. The latter inerely shook himself and then growled in a distinctly audible voice: "Quit your pushing! There's plenty of room on your side. ' ' The laugh that followed woke him np.-