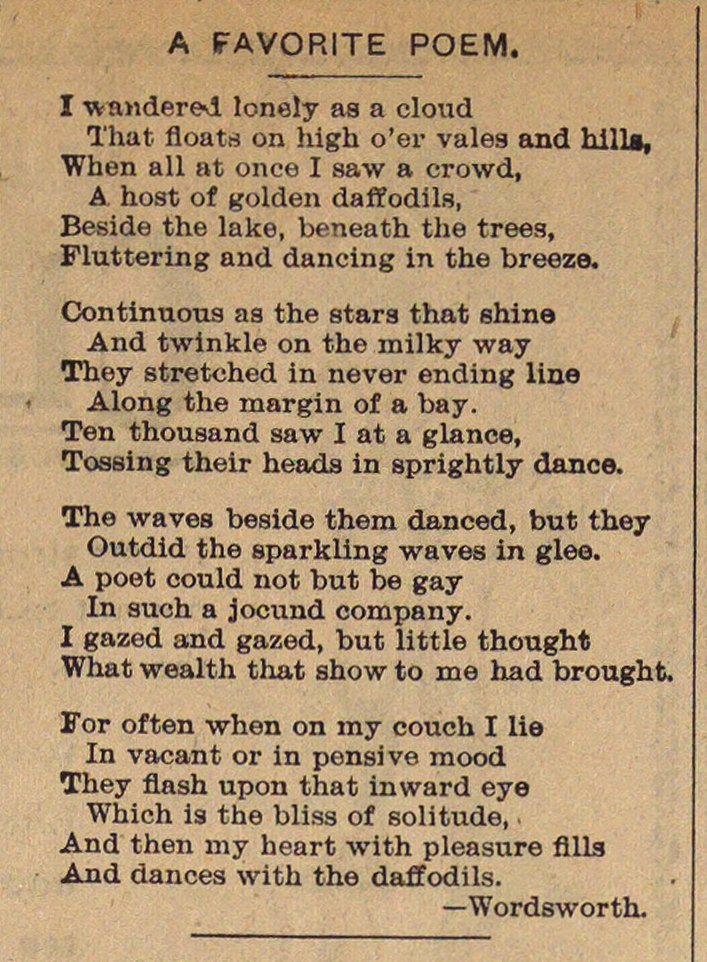 I ■svnnderej Icnely as a cloud That floats on high o'er vales and hilla, When all at once I aaw a erowd, A host of golden daffodils, Beside the lake, beneath the trees, Fluttering and dancing in the breeze. Conttnuous as the stars that shine And twinkle on the milky way They stretohed in never ending line Along the margin of a bay. Ten thousand saw I at a glance, Tossing their heads in sprightly dance. The waves beside them danced, but they Outdid the sparkling waves in glee. A poet could not but be gay In such a joound company. I gazed and gazed, but little thought What wealth tliat show to me had brought. Tor often when on my couch I lia In vacant or in pensive mood They flash upon that inward eye Which is the bliss of solitude, . And then my heart with pleasure filis And dances with th HnfFnHi]