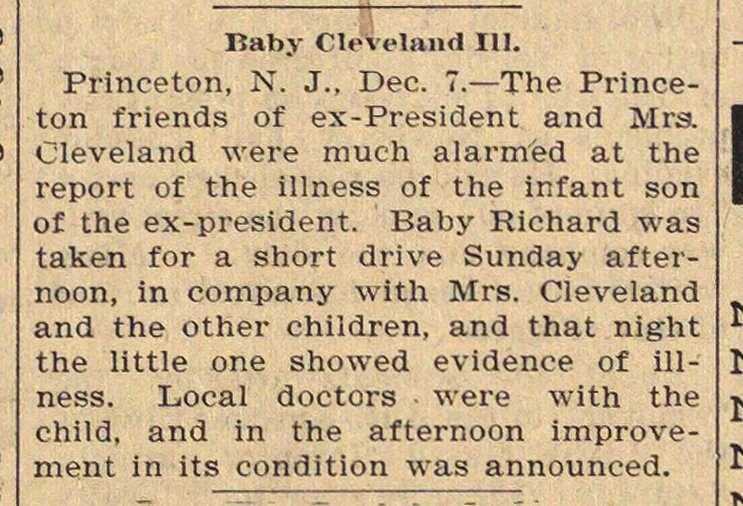 Princeton, N. J., Dec. 7. - The Princeton friends of ex-President and Mrs. Cleveland were much alarmëd at the report of the illness of the infant son of the ex-president. Baby Richard was taken for a short drive Sunday afternoon, in company with Mrs. Cleveland and the other children, and that night the little one showed evidence of illness. Local doctors were with the child. and in the afternoon improvement in its condition was announced.