Arabs In A Riot 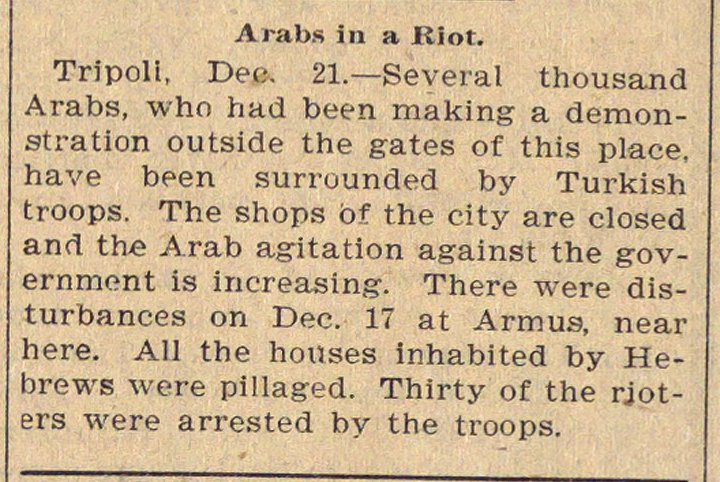 Tripoli, Deo. 21.- Several thousand Arabs, who had been making a demonstration outside the gates oí this place, have been surrounded by Turkish troops. The shops bf the city are closed and the Arab agitation against the government is increasing. There were disturbances on Dec. 17 at Armus, near nere. All the houses inhabited by Hebrews were pillaged. Thirty of the riders were arrested by the troops.