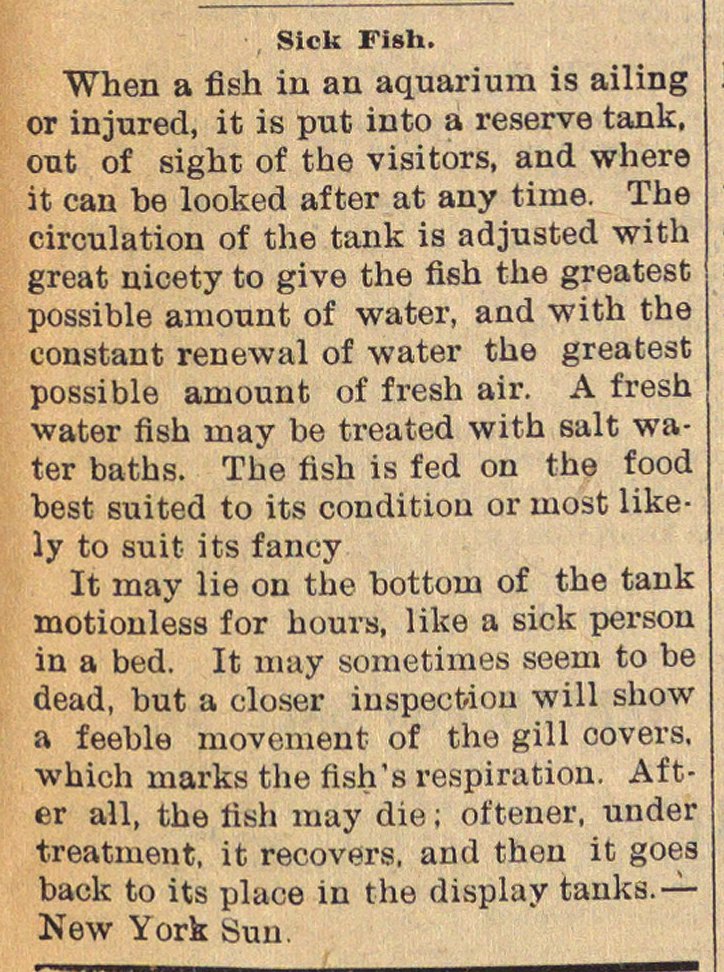 When a fish in au aquarium is aihng or injured, it is put into a reserve tank, out of sight of the visitors, and where it can be looked after at any time. The circulation of the tank is adjusted with great nioety to give the fish the greatest possible amount of water, and -with the constant renewal of water the greatest possible amount of fresh air. A fresh water fish niay be treated with salt water baths. The fish is fed on the food best suited to its conditiou or most likely to suit its fancy It may He on the bottoin of the tank motiouless for hours, like a sick persou in a bed. It may sometimes seem to be dead, but a closer inspecfriou will show a feeble movement of the gill covers, which mark.s the fish's respiration. After all, the íish may díe ; oftener, under treatment, it recovers, and theu it goea back to its lace in the display tanks.-