A Sermon With A Point To It 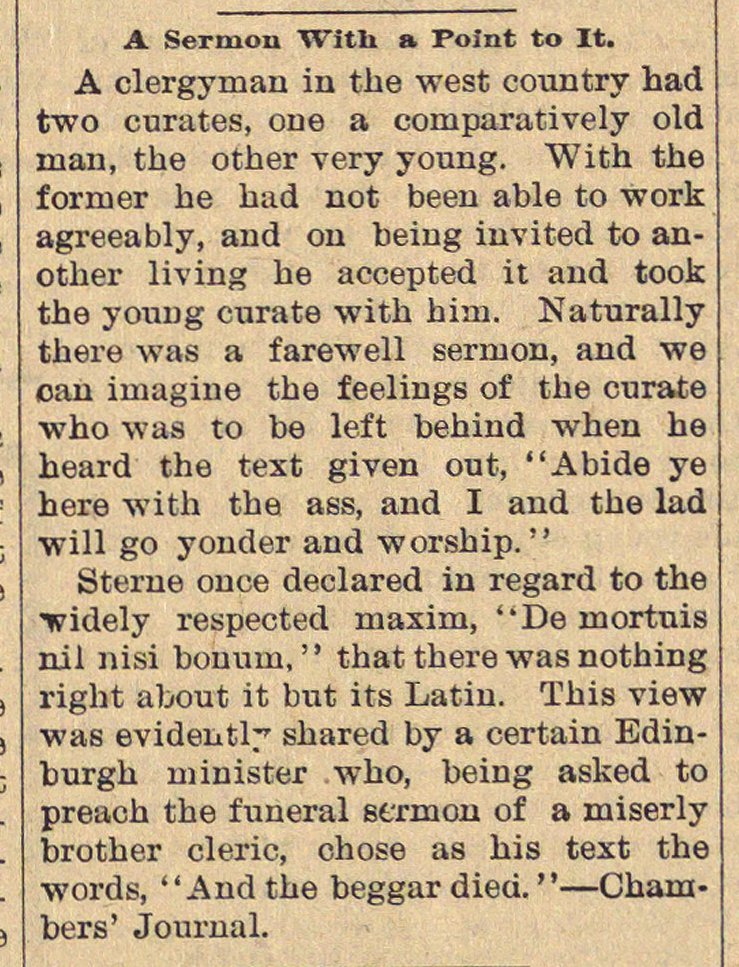 A clergyman in the west country had two curates, one a comparatively old man, the other very young. With the forruer he had not been able to work agreeably, and on being iuvited to another living he accepted it and took the youug cúrate with him. Naturally there was a farewell sermón, and we can imagine the feelings of the cúrate who was to be left behind when he heard the text given out, "Abide ye here with the ass, and I and the lad will go yonder and worship. " Sterne once declared in regard to the ■widely respected maxim, '"De mortuis nil nisi bouum, " that there was nothing right about it but its Latin. ïhis view was evideiitl shared by a certain Bdinburgh minister who, being asked to preach the funeral sermón of a miserly brother cleric, chose as his text the