The Profits Of Monte Carlo 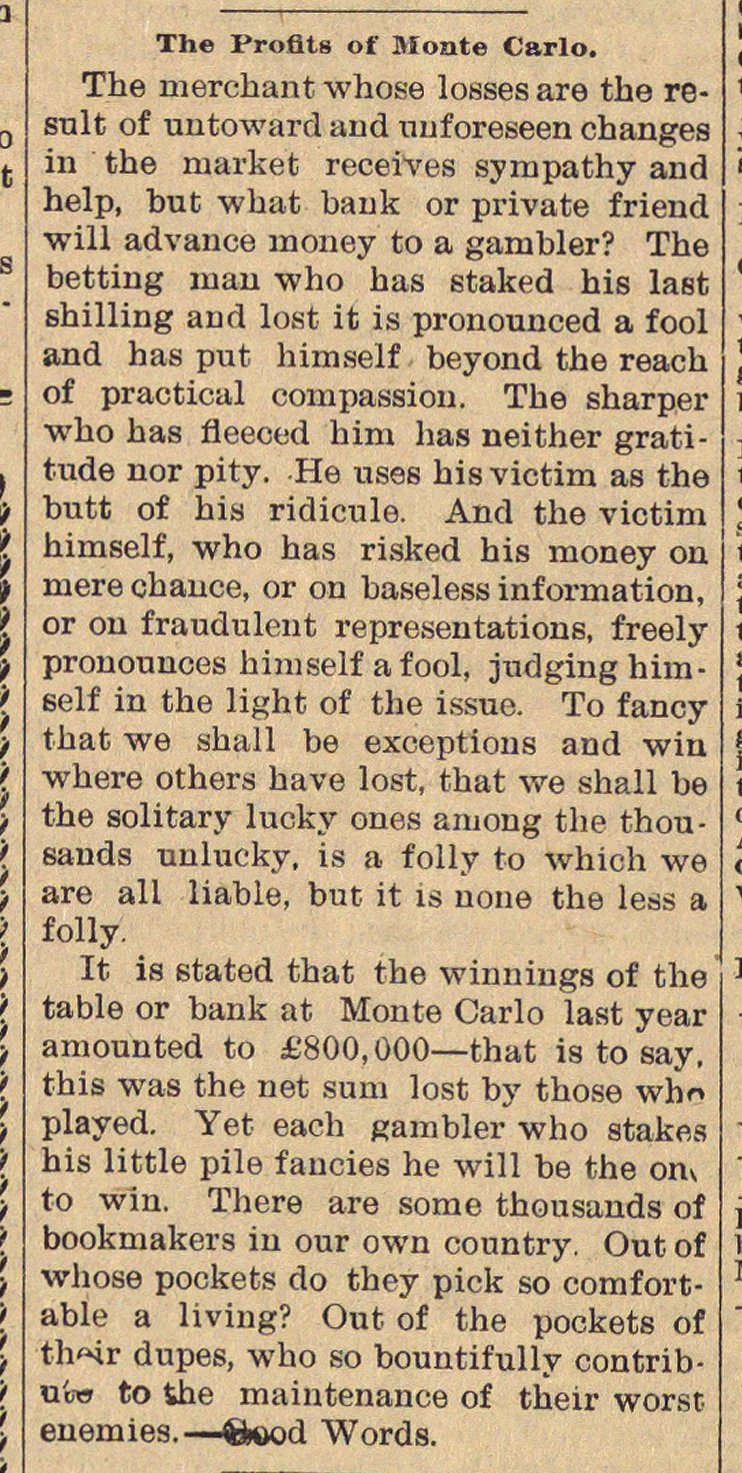 The merchant whose losses are the result of untoward and unforeseen changes in the market receives syrupathy and help, but what bank or private frieud will advance money to a garubler? The betting man who has staked his last shilling and lost it is pronounced a fooi and has put himself beyond the reach of practical compassiou. The sharper who has fleeced him has neither gratitude nor pity. He uses his victim as the butt of his ridicule. And the victim himself, who has risked his money on mere chance, or on baseless information, or on fraudulent representations, freely pronounces himself a fooi, judging himself in the light of the issue. To fancy that we shall be exceptions and win where others have lost, that we shall be the solitary lucky ones aniong the thousands unlueky. is a folly to which we are all liable, but it is none the less a folly. It is stated that the winninga of the table or bank at Monte Cario last year amounted to L800,000 - that is to say, this was the net snm lost by those whf played. Yet each gambler who stakes his little pile fancies he will be the om to win. There are some thousands of bookmakers in our own country. Out of whose pockets do they piek so comfortable a living? Out of the pockets of tlWr dupes, who so bountifully contribvl'ots to the maiutenance of their worsr.