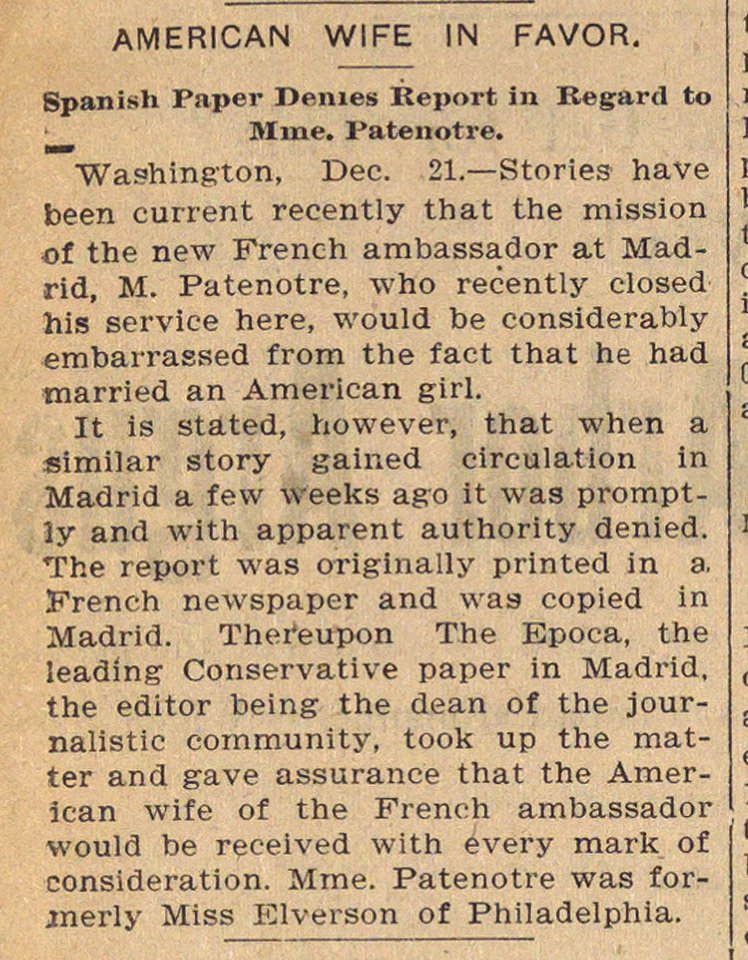 Washington, Dec. 21. - Stories have been current recently that the mission of the new French ambassador at Madrid, M. Patenotre, who recently closed his service here, would be considerably embarrassed from the fact that he had tnarried an American girl. It is stated, however, that when a similar story gained circulation in Madrid a few weeks ago it was promptly and with apparent authority denied. The report was originally printed in a. Krench newspaper and was copied in Madrid. Thei'eupon The Época, the leadíng Conservative paper in Madrid, the editor being the dean of the journalistic community, took up the matter and gave assurance that the American wife of the French ambassador would be received with every mark of consideration. Mme. Patenotre was forinerly Miss Elverson of Philadelphia.