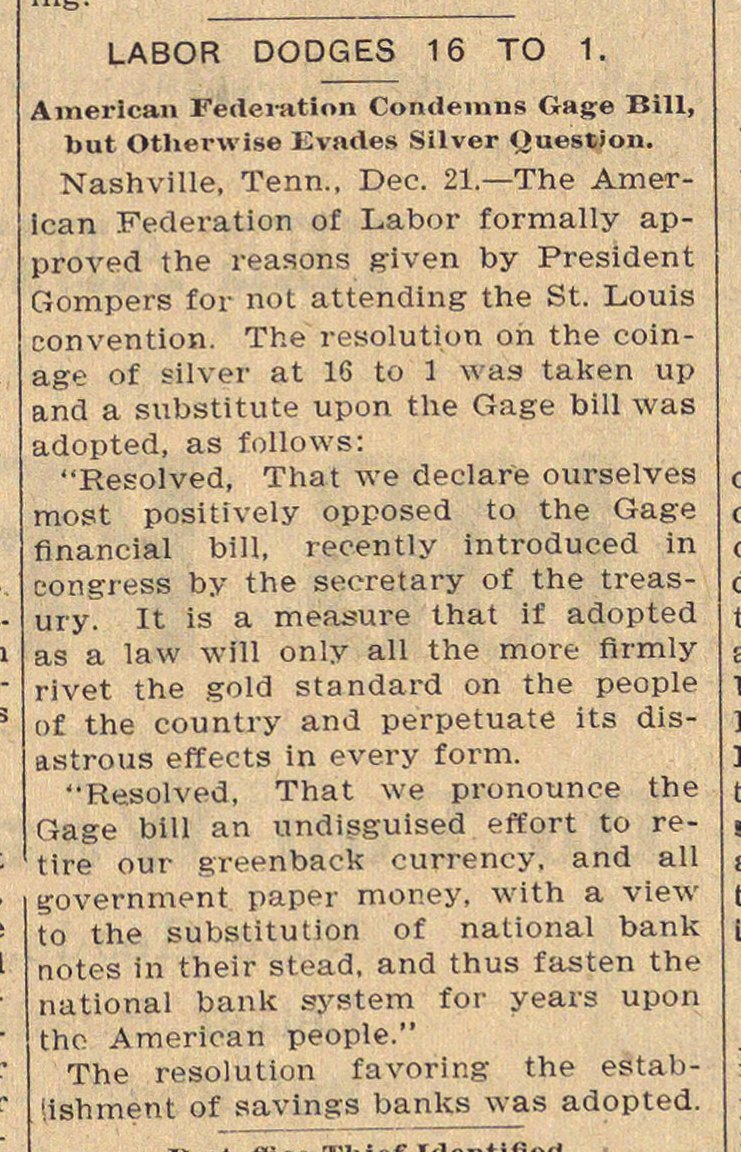 Nashville, Tenn., Dec. 21. - The American Federation of Labor formally approved the reasons given by President Gompers for not attending the St. Louis convention. The resolution oh the coinage of silver at 16 to 1 was taken up and a substitute upon the Gage bill was adopted, as follows: "Resolved, That we declare ourselves most positïvely opposed to the Gage financial bill, recently introduced in eongress by the seeretary of the treasury. It is a mensure that if adopted as a law will only all the more firmly rivet the gold Standard on the people of the country and perpetúate its disastrous effects in every form. "Resolved, That we pronounce the Gage bill an undisguised effort to retire our greenback currency, and all tjovernment paper money, with a view to the substitution of national bank notes in their stead, and thus fasten the national bank system for years upon the American people." The resolution favoring the establishment of savings banks was adopted.