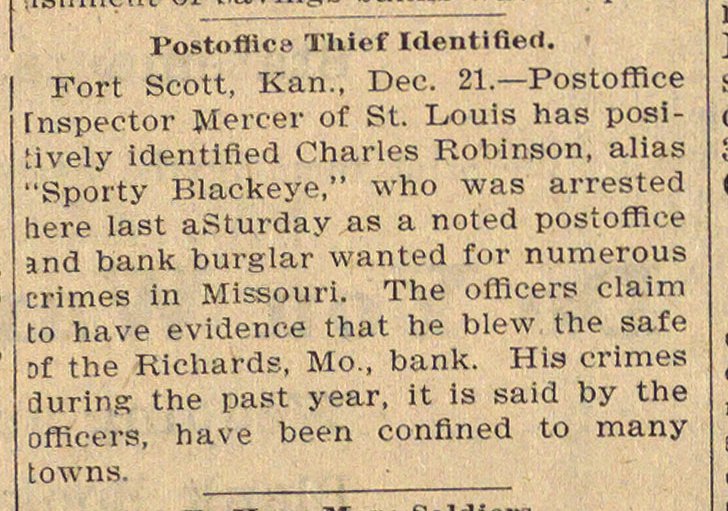 Port Scott, Kan., Dec. 21.- Postoffice inspector Jttercer of St. Louis has posiively identified Charles Robinson, alias 'Sporty Blackeye," who was arrested here last aSturday as a noted postoffiee and bank burglar wanted for numerous crimes in Missouri. The officers claim to have evidence that he blew the safe Df the Richards, Mo., bank. His crimes auring the past year, it is said by the officers, have been confined to many towns.