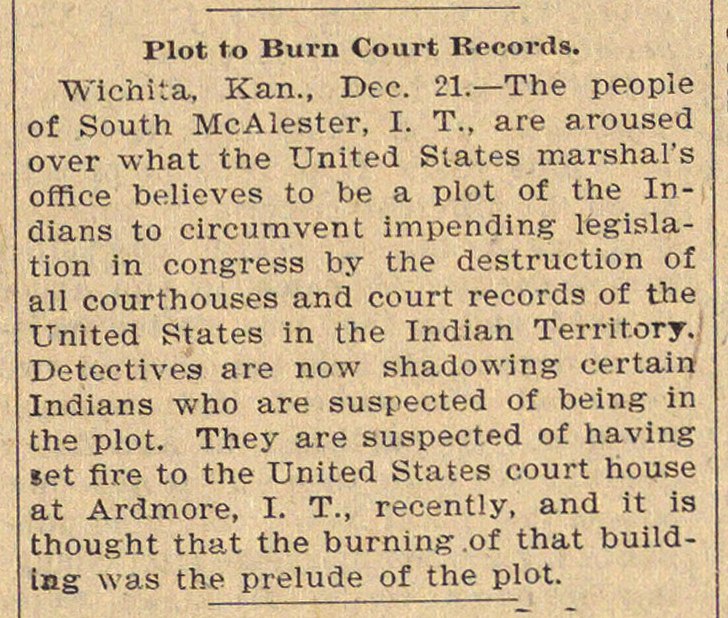 Wichiia, Kan., Dec. 21.- The peopie of South McAlester, I. T., are aroused over what the United States marshal's office believes to be a plot of the In;ians to circumvent impending législaion in congress by the destruction of all courthouses and court records of the United States in the Indian Territory. 3etectives are now shadowing eertain ndians who are suspected of being in he plot. They are suspected of having et fire to the United States court house at Ardmore, I. T., recently, and it is hought that the burning.of that buildng was the prelude of the plot.