Told To Watch The Dauntless 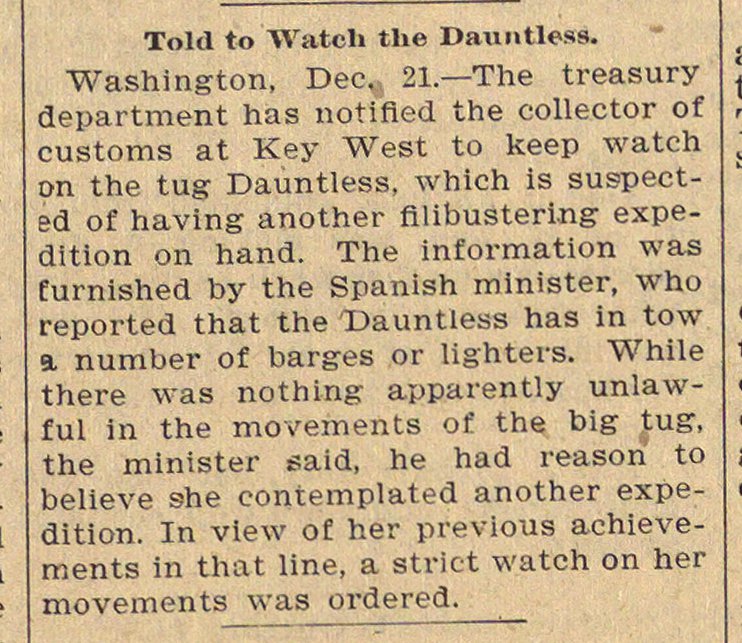 Washington, Dec, 21.- The treasury department has notified the collector of customs at Key West to keep watch on the tug Dauntless, which is suspected of having another filibustering expedition on hand. The information was furnished by the Spanish minister, who reported that the Dauntless has in tow a number of barges or lighters. While there was nothing apparently unlawful in the movements of the big tug, the minister said, he had reason to believe 9he contemplated another expedition. In view of her previous achievements in that line, a atrict watch on her movements was ordered.