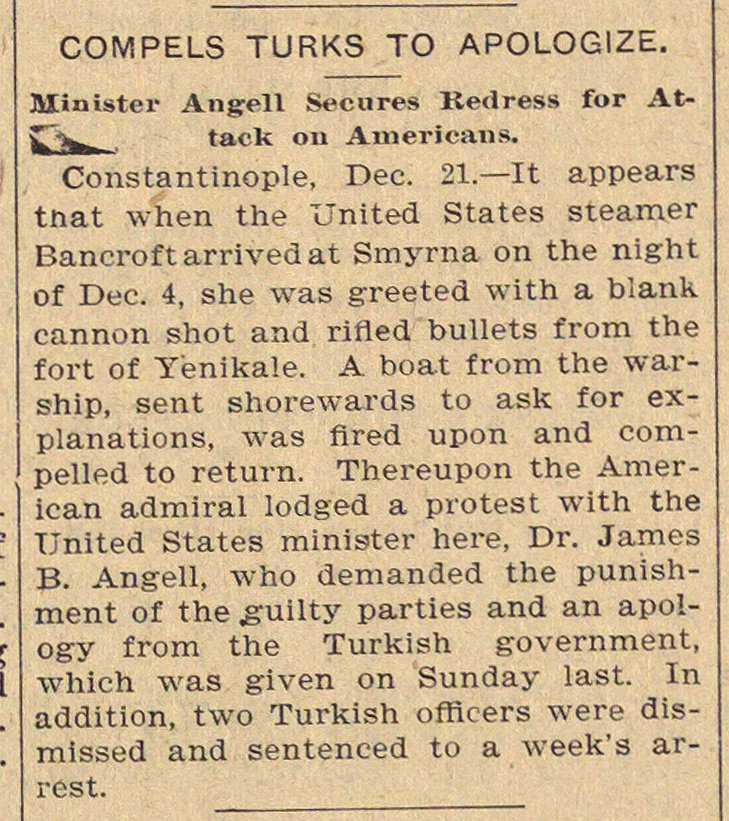 Constantinople, Dec. 21.- It appears tnat when the United States steamer Bancrof t arrived at Smyrna on the night of Dec. 4, she was greeted with a blank cannon shot and rifled bullets from the fort of Yènikale. A boat from the warship, sent shorewards to ask for explanations, was fired upon and compelled to return. Thereupon the American admiral lodged a protest with the United States minister here, Dr. James B. Angelí, who demanded the punishment of the guilty parties and an apolog-y from the Turkish government which was given on Sunday last. In addition, two Turkish officers were dismissed and sentenced to a week's arrest.