Would Not Leave Her Husband 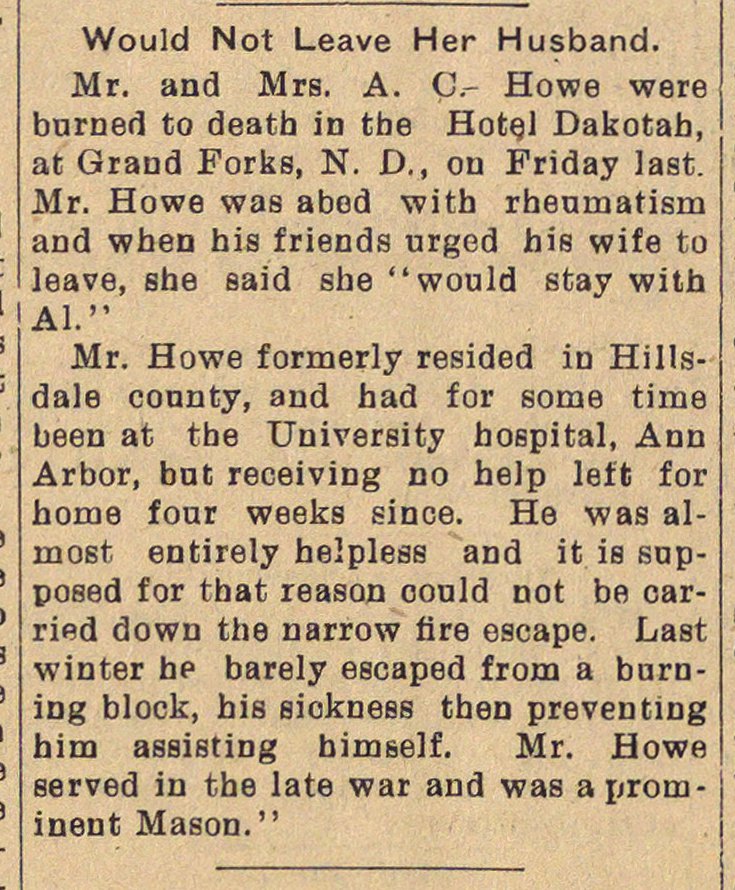 Mr. and Mrs. A. Howe were burned to death in tbe HoteJ Dakotah, at Grand Forks, N. D., ou Friday last. Mr. Howe was abed with rhenmatism and when his friends urgod his wife to leave, she eaid she "would stay with Al." Mr. Howe formerly resided in Hillsdale connty, and had for some time been at tbe University hospital, Ann Arbor, bnt receiving no help left for home fonr weeks sinoe. He was almost entirely belpleas and it is sopposed for that reason oould not be carried down the narrow ñ're escape. Last winter bp barely escaped from a bnrning blook, his siokness then preventing him assisting bimself. Mr. Howe served in the late war and was a prominent Masón."