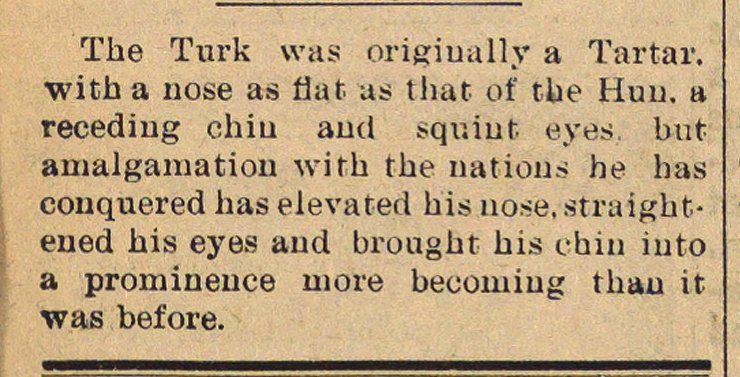 The Turk was originally a Tartar. with a nose as flat as that of the Hun, a receding chin and squint eyes, but amalgamation with the nations he has conquered has elevated his nose, straightened his eyes and brought his chin into a prominence more becoming than it was before.