Killed By His Own Gun 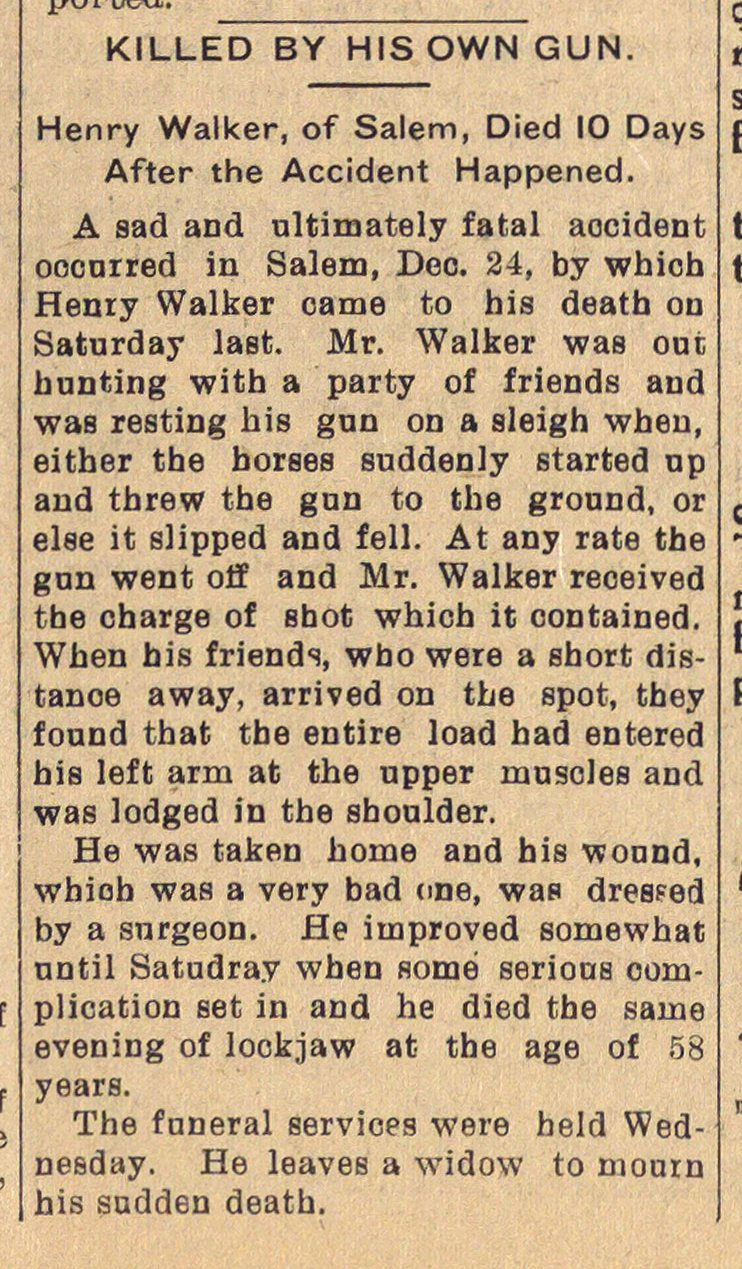 A sad and ultimately fatal aocident oocnrred in Salem, Deo. 24, by whioh Henry Walker carne to his deatb on Saturday last. Mr. Walker was out hunting with a party of friends aud was resting bis gnn on a sleigh when, either the borses suddenly started up aud tbrew the gnn to the gronnd, or else it slipped and feil. At any rate the gnn went off and Mr. Walker reoeived the charge of shot which it contained. When his friends, who were a short distanoe away, arrived on the spot, they found that the entire load had entered his left arm at the upper muscles and was lodged in the sboulder. He was taken home and his vsound, whioh was a very bad une, was dressed by a snrgeon. He itaproved somewhat nntil Satudray when somé seriona oomplication set in and he died the same evening of lockjaw at the age of 58 years. The funeral services were held Wednesday. He leaves a widow to mourn his sudden death.