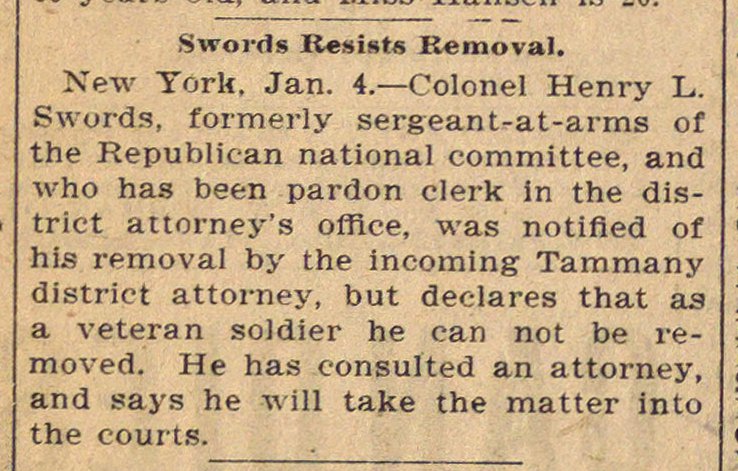 Xew York, Jan. 4.- Colonel Henry L. Swords, formerly sergeant-at-arms of the Republican national committee, and who has been pardon clerk in the district attorney's office, was notified of nis ï-pmoval by the incoming Tammany district attorney, but declares that as a veteran soldier he can not be removed. He has consulted an attorney, and says he w!U take the matter into the coui ts.