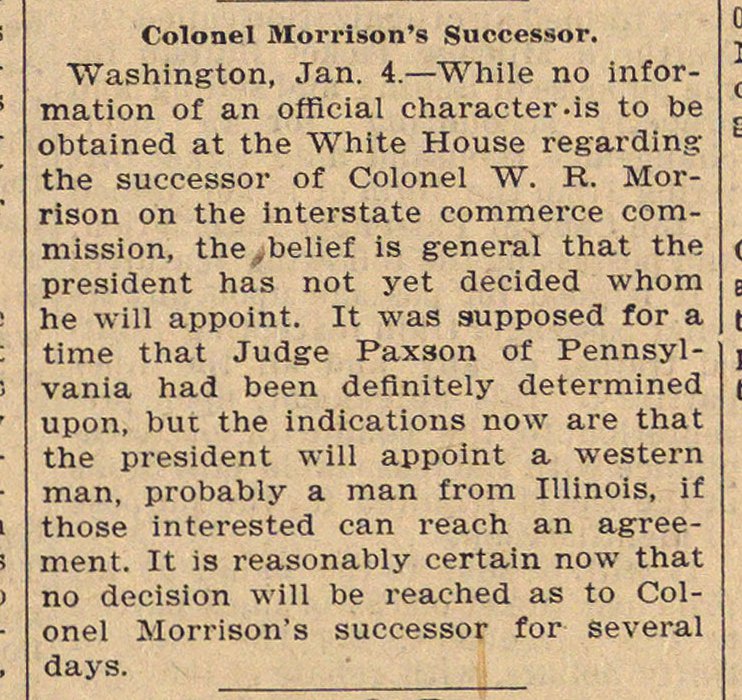 Washington, Jan. 4. - While no information of an official character-is to be obtained at the White House regarding the successor of Colonel W. R. Morrison on the interstate eommeree eommission, the , belief is general that the president has not yet decided whom he will appoint. It was supposed for a time that Judge Pax3on of Pennsylvania had been definitely determined upon, bui the indications now are that the president will appoint a western man, probably a man frora Illinois, if those interested can reach an agreement. It is reasonably certain now that no decisión will be reached as to Colonel Morrison's successor for several days.