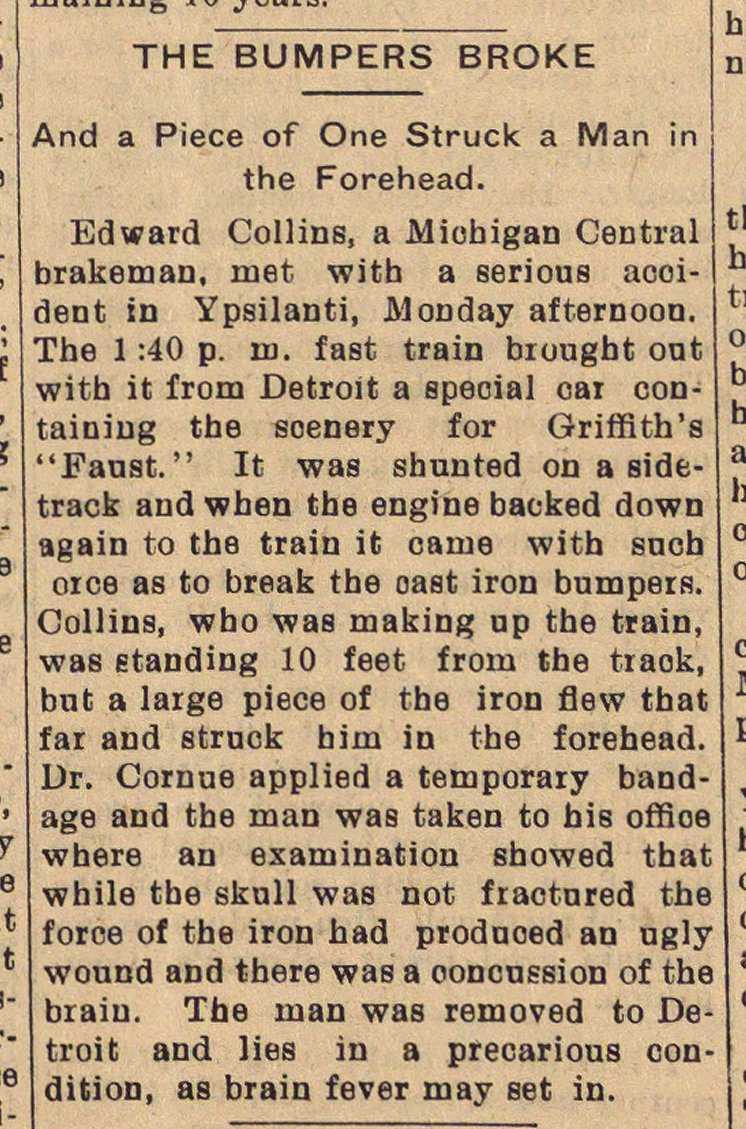 Edward Collins, a Michigan Central brakeman, met with a serions accident in Ypsilanti, Monday afternoon. The 1 :40 p. in. fast train brought ont with it from Detroit a special caí contaiaiug the soenery for Griffith's "Fanst." It was shunted on a sidetrack aud when the engine backed down again to the train it came with snch orce as to break the oast iron bumpers. Collins, who was making up the train, was standing 10 feet from the tiaok, but a laige piece of the iron flew that far and strnck hiin in the forehead. Dr. Coraue applied a temporary bandage and the man was taken to bis offioe wbere an examination showed that while the skull was not fiaotnred the force of the iron had prodaoed an ngly wound and tbere was a concnssion of the brain. The man was removed to Detroit and lies in a precarious condition, as brain fever ruay set in.