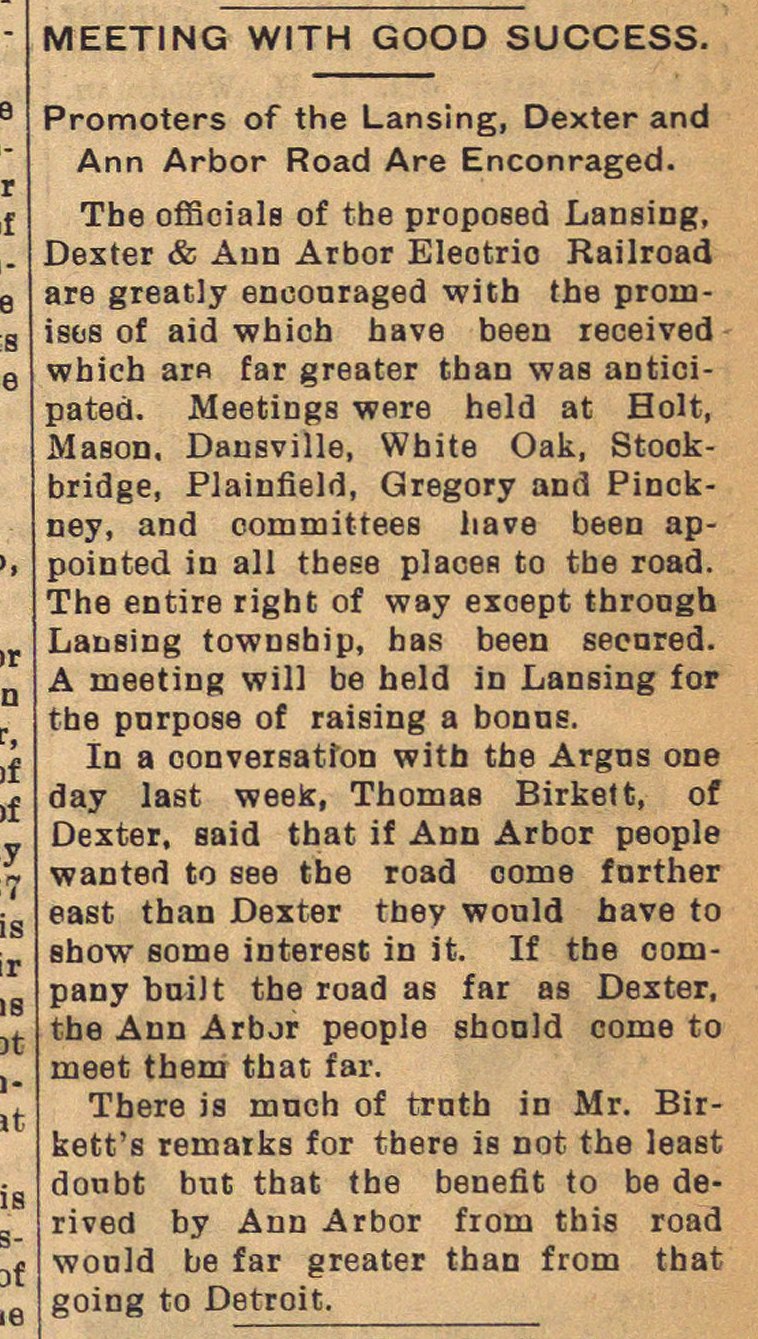 The officials of the propoeed Lansing, Dexter & Aun Arbor Eleotrio Railroad are greatly enoonraged witb the proinisbs of aid wbich have been received wbich ar far greater than was anticipated. Meetings were held at Holt, Mason. Dausville, White Oak, Stookbridge, Plaiufield, Gregory and Pinckney, and committe.es have been appointed in all these places to the road. The entire right of way exoept throngh Lansing township, has been secnred. A meeting will be held in Lansing for the purpose of raising a bonns. In a conversation witn the Argos one day last week, Thomas Birkett, of Dexter, said that if Ann Arbor people vcanted to see the road come fnrther east than Dexter tbey wonld have to show some interest in it. If the company boilt the road as far as Dexter, the Ann Arbor people shonld come to meet them that far. There is ranch of trnth in Mr. Birkett's remarks for there is not the least doubt but that the benefit to be derived by Ann Arbor froin this road wonld be far greater than from that going to Detroit.