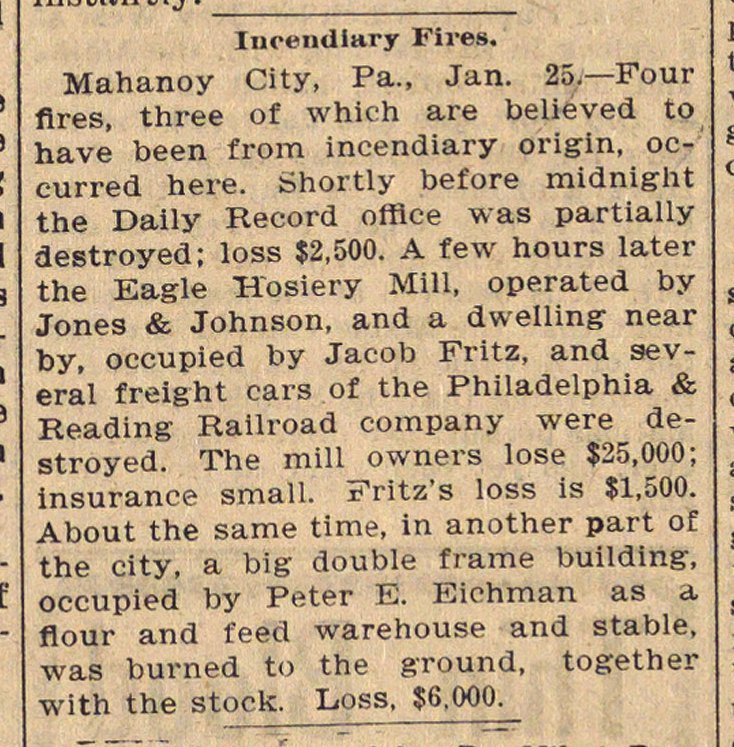 Mahanoy City, Pa., Jan. 25.- Four fires, three of which are believed to nave been from ineendiary origin, occurred here. Shortly before midniglit the Daily Record office was partially destroyed; loss $2,500. A few hours later the Eagle Hosiery Mili, operated by Jones & Johnson, and a near by, occupied by Jacob Fritz, and several freight cara of the Philadelphia & Heading Railroad company were destroyed. The mili owners lose $25,000; Insurance small. Fritz's loss is $1,500. About the same time, in another part oL the city, a big doublé frame building-, occupied by Peter E. Eichman as a flour and feed warehouse and stable, was burned to the ground, together with the stook. Loss, $6.000.