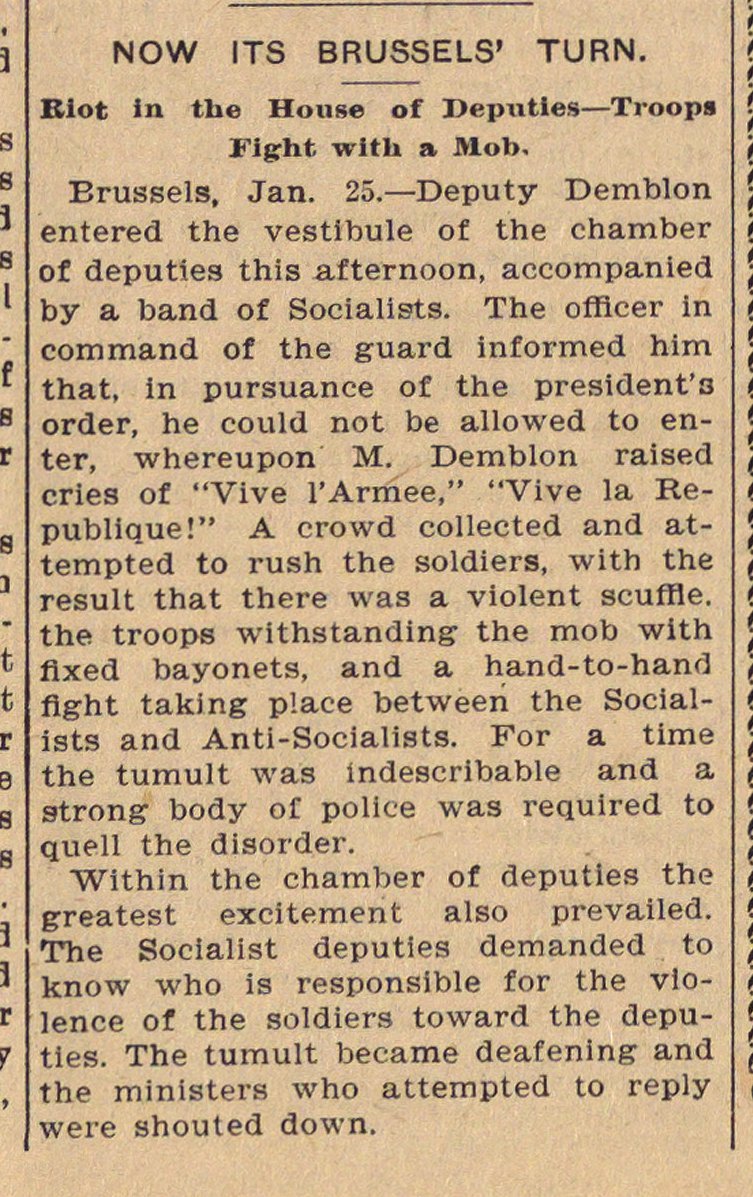 Erussels, Jan. 25. - Deputy Demblon entered the vestibule of the chamber of deputies this afternoon, accompanied by a band of Socialista. The officer in command of the guard informed him that, in pursuance of the president'3 order, he could not be allowed to enter, whereupon M. Demblon raised cries of "Vive l'Armee," "Vive la Republique!" A crowd collected and attempted to rush the soldiers, with the result that there was a violent scuffle. the troops withstanding the mob with flxed bayonets, and a hand-to-hand fight taking place between the Socialists and Anti-Socialists. For a time the tumult was indescribable and a strong body of pólice was required to quell the disorder. Within the chamber of deputies the greatest excitement also prevailed. The Socialist deputies demanded to know who is responsible for the violence of the soldiers toward the deputies. The tumult became deafening and the ministers who attempted to reply weie shouled down.