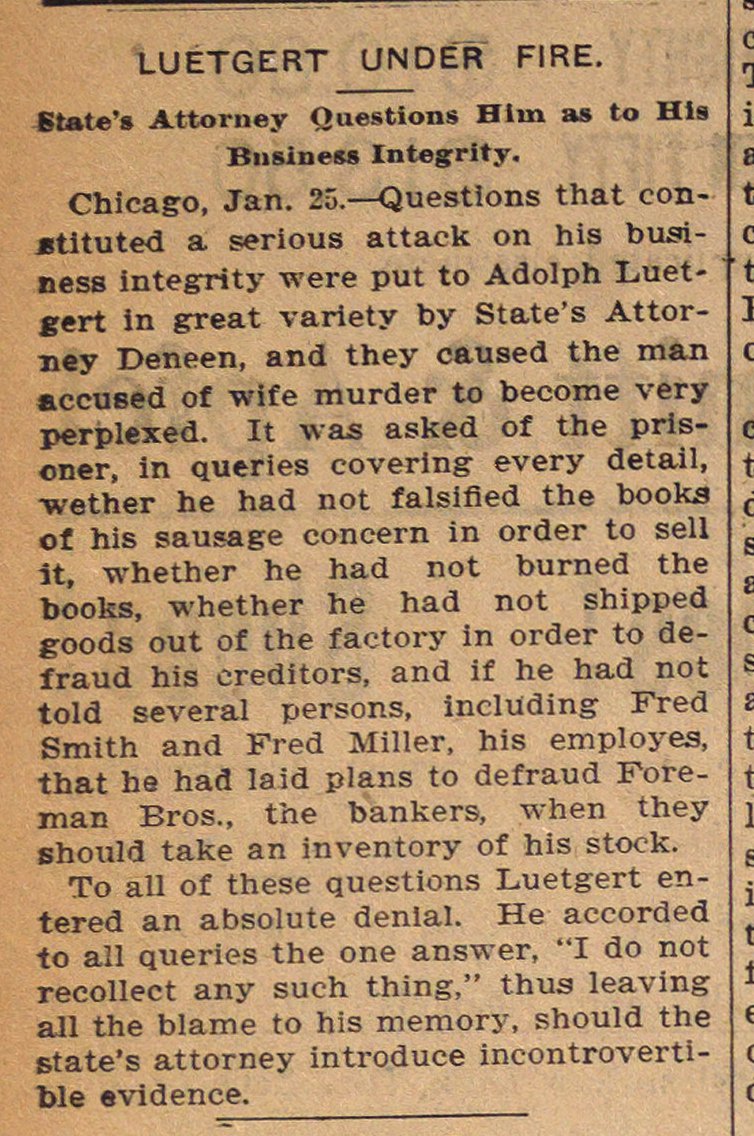 Chicago, Jan. 25.- Questions that conBtituted a serious attack on his business integrity were put to Adolph Luetgert in grreat varlety by State's Attorjiey Deneen, and they caused the man accused of wife murder to become very perplexed. It was asked of the prlscner, in queries covering every detail, -wether he had not falsified the booka of his sausage concern in order to sell it, -svhether he had not burned the books, -whether he had not shipped goods out of the factory in order to deíraud his creditors, and if he had not told several persons, inclüding Fred Smith and Fred Mlller, his employés, that he had laid plans to defraud Foreman Bros., the bankers, when they should take an inventory of his stock. To all of these questions Luetgert entered an absolute denlal. He accorded to all queries the one answer, "I do not recollect any such thing," thus leaving all the blame to his memory, should the state's attorney introduce incontrovertible evidence.