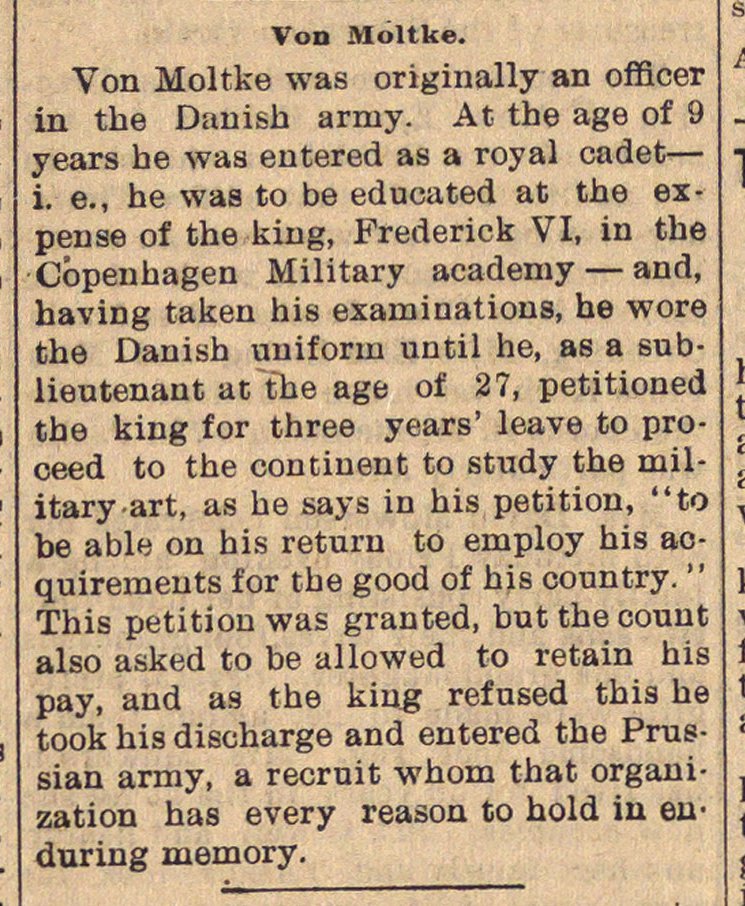 Von Moltke was originally an officer in the Danish army. At the age of 9 years he was entered as a royal cadet - i. e., he was to be eduoated at the expeuse of the king, Frederick VI, in the Cbpenhagen Military academy - and, having taken his exarninations, he wore the Danish uniform until he, as a sublieutenant at the age of 27, petitioned the king for three years' leave to proceed to the continent to shidy the military art, as he says in his petition, "to be able on his return to employ his aoquirements for the good of his country. " This petition was granted, but the count also asked to be allowed to retain his pay, and as the kiug refused this he took his discharge and entered the Pnissian army, a recruit whom that orgaiiization has every reason to hold in euduring memory.