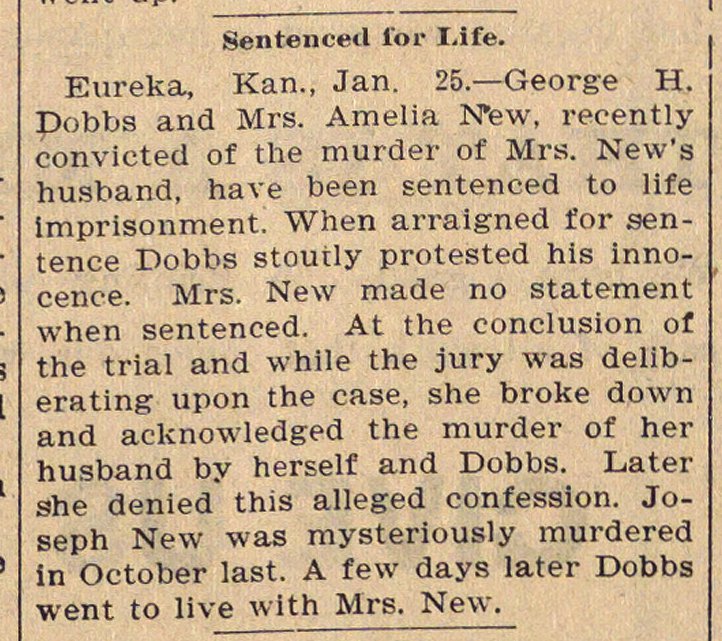 Eureka, Kan., Jan. 25.- George H. Dobbs and Mrs. Amelia ISTew, recently convicted of the murder of Mrs. Nevv's husband, have been eentenced to life mprisonment. When arraigned for sentence Dobbs stoutly protested his innocence. Mrs. New made no statement when sentenced. At the conclusión of the trial and while the jury was deliberating upon the case, she broke down and acknowledged the murder of her husband by herself and Dobbs. Later she denied this alleged confession. Joseph New was mysteriously murdered in October last. A few days later Dobbs went to live with Mrs. New.