Died From His Injuries 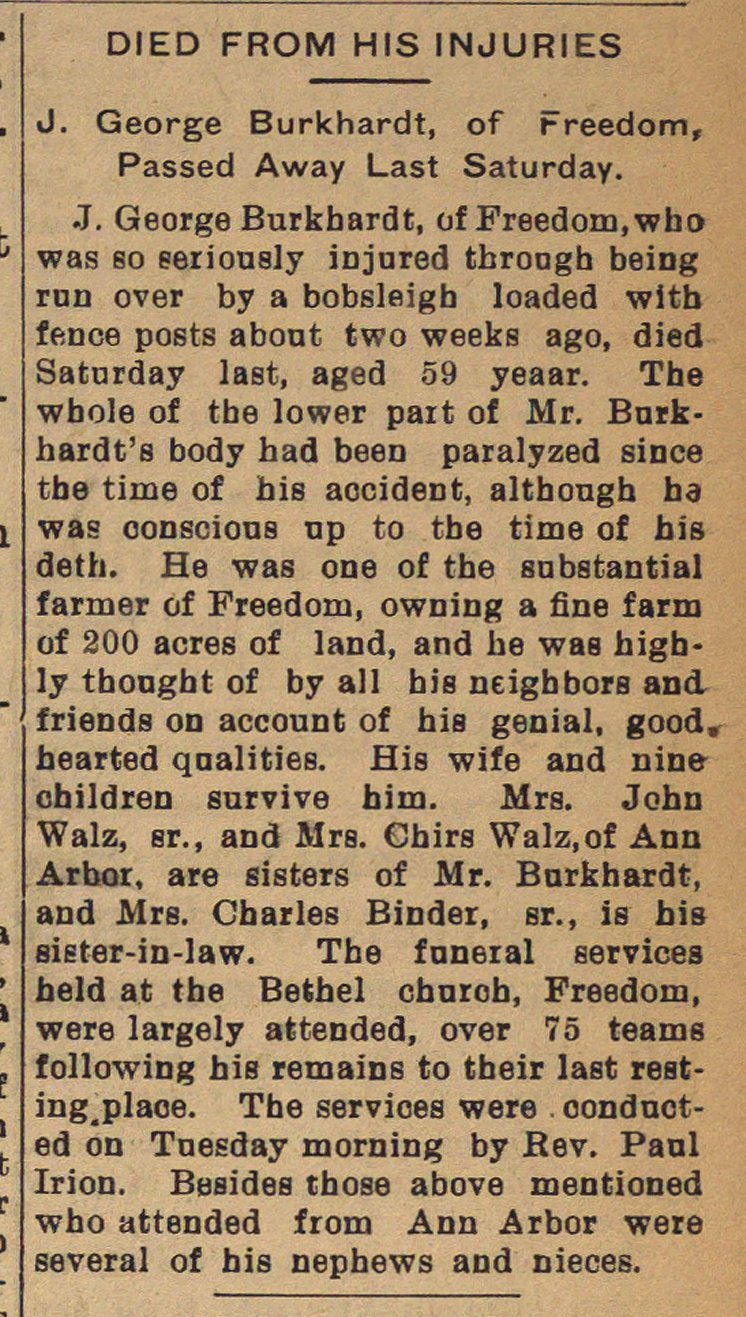 J. George Burkhardt, of Freedom, Passed Away Last Saturday. J. George Burkbardt, of Freedom, who was so seriously injured through being run over by a bobsleigh loaded with fence posts about two weeks ago, died Saturday last, aged 59 yeaar. The whole of the lower part of Mr. Burkhardt's body had been paralyzed since the time of his accident, although he was conscious up to the time of his deth. He was one of the substantial farmer of Freedom, owning a fine farm of 200 acres of land, and he was highly thought of by all his neighbors and friends on account of his genial, good hearted qualities. His wife and nine children survive him. Mrs. John Walz, sr., and Mrs. Chirs Walz of Ann Arbor, are sisters of Mr. Burkhardt, and Mrs. Charles Binder, sr., is his sister-in-law. The funeral services held at the Bethel church, Freedom, were largely attended, over 75 teams following his remains to their last resting place. The services were conducted on Tuesday morning by Rev. Paul Irion. Besides those above mentioned who attended from Ann Arbor were several of his nephews and nieces.